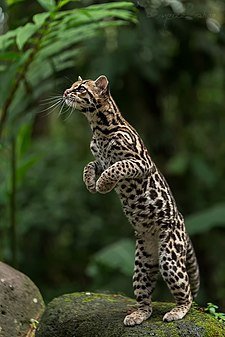 Jon Ayers, a millionaire and a quadriplegic, has chosen to invest $20 million of his personal fortune to attempt to reverse declining trends in the population of the small wild cat breeds of the world.

The Accident That Changed His Life

For 17 years, Jon Ayers headed up a company called IDEXX. This organization, one of the world’s most successful veterinary diagnosis companies, appreciably advanced care standards for veterinary medicine. Then, a devastating cycling accident in summer of 2019 lost the use of Jon’s limbs. If not for his helmet, Jon would not have survived.

He stepped down from his IDEXX leadership to focus on recovery. He now speaks to the public again for the first time since his accident. Jon eagerly shares the details of his new adventure. He’s involved in a leadership and funding position at Panthera. It has the reputation for being one of the most effective conservation organizations in the world.

Jon brings not just needed funding, but a great backlog of experience to this new project. While the CEO of IDEXX, from 2002 until 2017, IDEXX’s annual revenues went from $380 million to $2.4 billion.  The value of IDEXX shares of stock increased by more than 40%. Jim Cramer of NBC’s Mad Money, in an interview in 2019, shortly before Jon’s accident, called IDEXX “one of the hottest stocks on the market.”

Jon Has Faced Many Challenges

Jon explains that going through such a catastrophic accident means that you deal with a number of challenges. He says having this new program with Panthera serves as a kind of mental therapy. Jon, who worked with several foundations involved in wild cat conservation, also started one of his own with his wife, Helaine.

alongside Panthera. The latter is a conservation group which focuses on getting the job done rather than creating a detailed body of scientific research.

Speaking of his accident, Jon says “It’s not easy going through something like this and most people don’t do very well. Not that I’m perfect, but being able to work on something like this is the greatest gift to me…because it helps me through a transition in my life, and because it gives me purpose.”

He continues: “I mean, I lost so much. There are a lot of things I can’t do any more, really basic things like brushing my teeth and clipping my fingernails.”

His Accident Creates A Life Purpose

“The thing about spinal cord injuries is that no two are the same. My recovery has been … slow, although I’ve worked hard at my recovery. I’ve made a lot of progress, but then you ask yourself, ‘well, what’s my purpose?’ And I realized my purpose is to support wild cat conservation.”

Jon has chosen Panthera as a working partner because the organization has a conservation mission that includes an awareness of needs of the some 33 species of small wild cat breeds. They aim to begin creating a better future for these animals.

Panthera’s founder, Dr. Thomas Kaplan, says, “I’ve really been waiting for someone with Jon’s talents and his passion and his dedication to come into the story.”

So, what is the plan, moving forward? Dr. Kaplan explains: “We’re prioritizing the cat species. We’re doing that according to a certain matrix, in order to enable ourselves to know where to begin first. We’re obviously going to give priority to those where the ecology is least well-known.”

He says that they need to establish the rarity of the breed, and to find out if they overlap with other small cats or big cats in their habitat. Existing programming and scientific know-how will help to determine if they may be close to extinction, and how pervasive are the threats to the breed.

Dr. Kaplan describes their mission as “a very ambitious one.” Their intention is that by 2025, they will have filled in the gaps in ecology and devised protection plans for 50% of the small cat species.

By 2030, they will develop protection plans that reach 100% of these wild cats.

Jon’s capital will go to work right away, prioritizing 11 cat species across Asia, the Americas, and Africa. In Asia alone, islands such as Borneo and Sumatra can contain four or five small cat species.

Kaplan explains that when Panthera commences a program, they want to have an observable, measurable impact within five years in saving that landscape for those cats. Kaplan says, “The United States government basically said, that if Panthera can’t save the cats, then nobody can. It’s what we are known for.”

Jon says, “I think what really attracted me to Panthera: they had a focus dedicated to species conservation. So it was cats and nothing else, and I’m a cat person. I’ve always loved cats.”

Though Jon admits he doesn’t know that much about conservation, he says, “I’m willing to learn, and I’ve learned a lot.” From his experience, Jon knows how to grow an organization. He feels his skills could be applied to a different type of organization.

Jon has 20 years of business acumen, during which time his actions caused the value of services, the veterinary field, and the stake of shareholders to rise. Jon feels he can contribute more than just money.

Jon explains that “Our goal here is to grow Panthera’s impact on the ecosystems around the world that support cats. That takes certain leadership. It takes seeing around corners; it takes some disciplines that maybe aren’t traditionally a strong part of conservation organizations, things like financial management.”

It becomes important to conserve the entire ecosystem in order to conserve the cat. Thus, through the cats, the organization will have a much broader impact on the conservation of nature.

When his interviewer from the Good News Network asked Jon, “What is your favorite small wild cat,” he answered, “That’s like asking me what’s my favorite child!” He chose as a favorite the tree-

Jon Ayers and Panthera seem to be a match made in heaven. Jon, who nearly left life on earth, says upon reflection of his injury, “God always has a plan.” Life is precious, including that of small cats. Jon wishes to enhance a movement for these cats to save them from extinction.

Information for this post came from an interview done by Good News Network. To read the original story, use the following link: