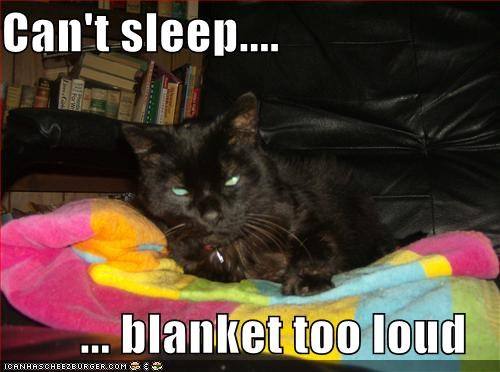 The cat evolved as a hunting animal. In the last post on this site, we learned how his vision has developed to allow him the ability to see well at dawn and dusk. Being crepuscular, the cat becomes most active during those times. Does his hearing help him also? How well do cats hear?

Construction Of The Ear Of A Cat

In order to understand how cats hear, one must first become familiar with their hearing equipment.

First, sounds become captured by the outer ear, or pinna. This part refers to the outer portion of the ear that we can see atop kitty’s head. On most cats, the pinna appears as cone-shaped and upright.

Because of this shape, the pinna acts like a sound funnel. Through this funnel, sound waves are sent to the cat’s ear canal.

These “funnels” can move independently of each other. The cat can even move those ears up to 180 degrees. This ability allows kitty to isolate sounds and determine the direction from which it comes. That ear twitching you notice, though seeming random, might be trying to pinpoint the exact location of a particular sound.

To help them achieve this goal, the cat’s ears have 32 muscles to control them. Talk about fine-tuning!

How About The Internal Anatomy Of Kitty’s Ear?

Quite different from in the human ear, the cat’s ear canal is much more tapered and deeper than in a human. Because of this size difference, sound can travel better to the middle ear, the location of the eardrum.

Besides the eardrum, the middle ear contains a small air-filled chamber. In this chamber you would find three tiny bones, two muscles, an oval window, or connective tissue membrane, and the Eustachian tube.

This tube allows air to enter the chamber in the middle ear containing the tiny bones. These include the hammer, anvil, and stirrup. They go by the name of ossicles.

The bones actually vibrate when touched by sound waves coming from the outer ear. They then send these signals to the inner ear.

This part of the ear has its location deep within the cat’s skull. The inner ear contains the cochlea, which receives and sends messages to the brain, telling it what the cat hears.

Comparing Hearing To Dogs And Humans

Above 20,000 Hertz, sounds become very difficult for humans to hear. Cats, on the other hand, can hear sounds as high as 64,000 Hertz. They pass up dogs, as these animals can only hear to about 45,000 Hertz.

Also, because of their ear anatomy, cats can differentiate between sounds as close as 1/10 of a pitch from each other. This ability allows them to pinpoint the precise location of a sound, and how far away it comes from.

Cats can hear sounds that range from 4 to 5 times further away than what we could hear. They can quickly pinpoint the exact location of the sound. Thus, they might pounce on a mouse using only hearing — not even seeing their prey!

Mocha has given me a great example of a cat’s ability to hear even the slightest sound and identify it. I often grill a folded almond flour tortilla with a handful of grated Mexican cheese inside, for a morning snack. When I leave the office to make my snack, I see the cat curled up asleep on the sofa.

I look back before entering the kitchen. The cat sleeps on. I open the fridge, take out the bag of grated cheese and open it. I look down and see a cat at my feet.

How could he possibly have heard that slight sound and identified it? The evidence: He sits next to me awaiting his bite of cheese.

A Cat’s Ears Helpful With Balance

Deep inside the inner ears are canals lined with tiny hairs. These canals often fill with fluid. When this fluid moves over the tiny hairs, they send a message to the brain telling kitty which direction he moves.

These canals and their hairs and fluid are part of the cat’s vestibular system. This system works with agility and balance and helps the cat land on its feet.

Most common; this type of infection occurs in the outer ear canal. This condition often receives treatment from your vet, and includes ear cleaning and antibiotic drops.

These infections represent more serious problems, and can involve the eardrums and inner portions of the ear. If these problems become severe, they can cause issues with balance and spatial awareness. Your vet will need to address such issues.

What Are Signs Of Ear Issues?

These signs can indicate that your kitty has an ear issue that needs checking:

One of my references, thecatsite.com, compares a cat’s ears to a sophisticated satellite dish. Since those ears can rotate up to 180 degrees to locate the source of a sound, the cat can zero in on its target without even seeing it. When you see his ears twitching, he may be trying to pinpoint the source of the sound.

Now, if you are outside and see a cat lying low to the ground in a grassy field, watch that cat. He may have prey in mind, and by sitting completely still, he can maneuver those ears to pick up the slightest sound.

Perhaps, as you watch, he will spring upon some prey that he hears but that neither of you saw beforehand. Those excellent ears allow the cat to locate and catch his prey. Another cat victory!

Enjoy this video about a cat’s hearing to learn more details: