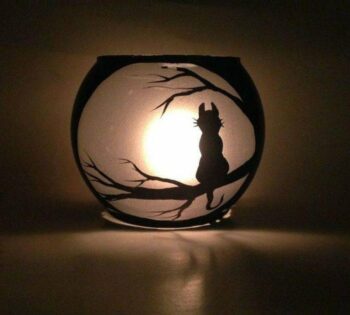 It doesn’t surprise me to learn that there is a tremendous amount of myth and legend about cats. Many stories have come down to us through the ages. Are you familiar with many of these stories? In this post, you will learn something about the mythology of cats/

What is mythology? Look at it as a collection of stories addressing a worldview, beliefs, ideals, and cultural history. Myths might explain a particular ritual, laud the actions of heroes, or pass on wisdom. World mythologies overlap considerably, as these began as an oral tradition. Storytellers added their own detail. Migrating people carried their stories with them.

Egypt, of course, comes to mind right away. There, cats discovered a good situation, as the Egyptians stored their grain in big silos, which became infested with mice and other unwanted critters.

Cats, given such an abundant food supply, and then an invitation into someone’s home, found the situation admirable. Inside the house, he found a comfortable bed, warmth, and companionship. As the cat thought these improvements quite good, he domesticated himself.

From the time of these early cats, that the Egyptians called “Mau,” the respect and then worship of cats arose. Cats received protection from the law to the extent that killing a cat in Egypt in those days carried the punishment of death.

When one of these Egyptian cats passed on, the whole clan went into mourning. The animal would be mummified and buried in a special cemetery.

Middle Ages, A Time Of Horror For Cats

Then, in the Middle Ages, the tide turned against the poor cat. Instead of being deified, cats became despised, an attitude started by the Church. During the Middle Ages, cats, and especially black cats, became associated with witches, Satan, and dark magic. Black cats especially became thought of as the Devil’s little minions.

Can you believe that people thought a cat’s bite and his flesh were poisonous, and breathing in the cat’s breath would infect you with tuberculosis?

Though the believers in the evil of cats in the Middle Ages did not make the connection. they received their just reward for their killing of so many innocent cats. Without the cats, the rats proliferated and brought the plague.

Instead of realizing the error in their ways, the Church claimed that the cats were responsible for the spread of the plague. During this time began a period of 1,000 years when a killing spree of cats became the order of the day.

On a happier note, have you heard of the Norse goddess, Freya? She had the job of presiding over the afterlife. She had special affection for love, beauty, and fertility. She believed, as the Egyptians had before her, that all cats were sacred.

Freya’s chariot moved along its chosen route, thanks to a team of two large cats that drew it. As the gods had power over the “ninth world,” some historians believe that alluded to the nine lives of the cat.

To stay in Freya’s good graces, people cared for their cats well. Farmers left out milk for cats so Freya would bless the harvest. When the weather cooperated with a beautiful day for a wedding, people believed the bride took good care of her cats. If a cat attended the wedding, guests took it as a sign that the marriage would be a happy one.

In another part of the world, the Poles have a legend about pussy willlows. One fine spring day, several baby kittens fell into the river while chasing butterflies. The mother cat, seeing her babies drowning, cried for help.

The willows growing at the edge of the water rescued the kittens by sweeping their long branches into the water, and the kittens clung to them. The branches safely brought the kittens to shore. Thus, every spring, the willow sprouts furry buds, in remembrance of those kittens.

Can A Cat Steal A Baby’s Breath?

Have you ever heard the old wive’s tale that a cat could steal a baby’s breath? This story originated in England, centuries ago. People believed that the cat would climb into an infant’s bed and suck its breath until the baby died.

Most of these tales stated that the cat did the evil deed because he was jealous of all the attention the new baby received. It’s my belief that at some point a cat may have climbed in a crib and laid on the baby because of the warmth, and thus the cat unintentionally suffocated the baby. Of course, the poor cat becomes the villain.

Then, consider the case of Mohammed the Islamic prophet. It has been said that he loved cats very much. In fact, one story tells us that he cut off the sleeve of his robe so as to not disturb the cat sleeping on it

Since Mohammed chose the tabby as his favorite, one of the legends about the “M” on the tabby forehead tells us that whenever Mohammed laid his hand on the head of a tabby, the “M” appeared.

If you have read all of my posts, you have already encountered these legends, but here you have them together in one story. Perhaps you remember reading about the Siamese cat in one of those posts. Back when Thailand still went by the name of Siam, you might meet the “Royal Cat of Siam.”

This Siamese cat has accumulated its share of legends. The people of Siam believed that, when a member of the royal family died, The Siamese would receive the soul of the deceased. Then the cat would move to a temple with servants, and would spend the rest of his life in luxury.

As to the crossed eyes and kinked tail, their origins received an explanation. The cat had the duty of guarding the royal vase. The cat supposedly curled its tail around the vase and stared at it so intently that his eyes crossed. The tail developed kinks because the princesses stored their rings on that tail, and the knots kept the rings from falling off.

Cat mythology also comes from the Japanese, who have had a long love affair with kitties. In Japan, you will find the Maneki Neko, or beckoning cat. This cat is revered for drawing good fortune and improving the financial situation.

According to legend, the Beckoning Cat sat on the doorstep of a small temple, and raised its paw to a lord who stood under a tree to avoid a soaking torrent. The cat beckoned the man into the temple, and the man followed the cat inside. A moment later, a lightning bolt struck the tree exactly where the man had been standing.

Cats can act as weather vanes. During atmospheric changes, cats might act strangely and may seem uneasy A saying came from such a situation: The cat is “raising the wind.”

Actually the cat has a superior nervous system, and can sense approaching weather changes before we can, by the condition of his fur.

Though many superstitious beliefs about cats being evil find their way into kitty history, you can also find beliefs about good cats. For example, A Buddhist superstition tells us that a dark-colored cat promises gold. Also, as I now have a polydactyl cat, I learned very happily that this cat is a potent bearer of good fortune. May it be so!

A Sampling Of Other Myths

The French believe that a white cat meowing on your doorstep predicts a speedy marriage. In the southern part of England, a black cat provides a lucky wedding gift.

These stories form a partial recalling of the many legends and myths that have come down to us through the ages. Will modern ideas and values add to this great collection? Only time will tell.

In the meantime, be happy for your kitty companion, and celebrate his long history by giving him a full quota of love and affection. The cat will reward you with love and affection in return. And, if you have a favorite story from cat mythology that is not included here, please tell us in the comments below.