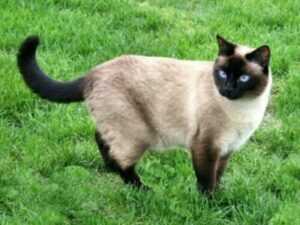 Did you know many Siamese cat facts? For example, the Siamese cat was the legendary Royal Cat of Siam, now known as Thailand. The story goes that it lived in the royal palace, where it guarded the place from intruders by jumping down from the walls upon them.

Have you ever had a Siamese cat? Perhaps you still do. According to my reference, the Siamese may be the most popular cat among members of the cat fancy.

The original Siamese was a natural breed, and probably has received more attention from breeders than any other cat. Though popular, this cat is not favored by some 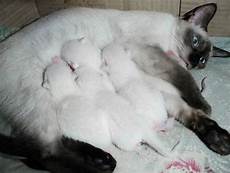 people, who don’t like its appearance. Even fans agree that the cat can be demanding and jealous.

My Siamese, Maxine, came to me as a gift from the nuns who lived down-coast from me on Spruce Island in Alaska. Maxine could be disruptive, as she liked attention. When the nuns had services in their little chapel, Maxine did somersaults down the aisle, making it very difficult for them to concentrate.

The Siamese also enjoyed the role of the favorite temple cat. Illustrated manuscripts from Siam’s ancient capital, Ayutthaya, (1351 to 1767) show cats of several varieties, including pale seal point Siamese. It is believed that the temple cats were carefully bred and the most beautiful ones went to the temple.

In the 18th century, Simon Pallas, a German naturalist, saw several Siamese cats living in central Russia. It is not known how they happened to be there.

The Establishment Of The Breed

In 1871, the Siamese was featured and pictured in the catalog of the first British National Cat Show at the Crystal Palace, located just outside London.

In 1884, Owen Gould, the British consul-general at the Siamese capitol, sent his family in England a pair of Siamese seal points. They had been given to him by King Chulalongkorn or Siam, who loved cats.The king’s habit of giving Siamese from the royal cattery to visitors as gifts may have helped raise the popularity of these cats in the west.

The cat’s distinct characteristics includes a “svelte” body, their unique appearance, and a kink in the tail, common in Siamese cats. Legend says that the ladies of the Siam court stored their rings on the cat’s tails, and the kink developed to keep the rings from falling off.

The cross-eyed squint, another Siamese characteristic, has its own legend. Supposedly, from the time the cats were used as guard-cats for the royal treasures, the animals had stared at the treasures so fixedly that their eyes crossed. Interesting, how stories develop.

First Siamese In Britain And America

A Siamese imported from Hong Kong and exhibited in 1896 became the first British Siamese champion. By 1902, the Siamese Cat Club had been started. Early British Siamese all had their basis in the seal point — a pale cream body and deeper brown points. 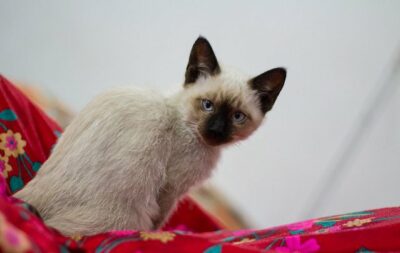 At this time no other colors were recognized but the classic seal point, the Siamese standard.

The first record of a Siamese in the United States had a date of 1879. These early Siamese seem to have come from gifts to American breeders by the cat-loving king of Siam.

Then in the early 1900s, Jane Cathcart, an American breeder, imported Siamese from France and Britain. Her breeding program truly established the breed in America. In 1909, the Siamese Cat Society of America was founded.

Due to high demand, as owning a Siamese had now become a status symbol, overbreeding caused a decline in the classic Siamese, which lasted for several years.

In the 1920s, blue points, with a bluish-white coat and deeper blue points began to appear at shows. This color of Siamese became recognized in the United States by the Cat Fancier’s Association in 1932. Four years later, the Governing Council of the Cat Fancy in Britain recognized the new colors.

Chocolate points (light white body with light tan points) appeared in the 30s and were recognized in Britain in 1950 and in the United States in 1951. Then, the fourth color, the lilac point or frost point joined the group. Lilac points have a body that is

These four colors are carried in the pure Siamese breeding line. For any other combinations, the Siamese is bred with other breeds, such as the Shorthairs, and then back-crossed to a full Siamese. From these breedings came other colors such as red, cream, tortie, and tabby.

Most American organizations classify these varieties as a separate breed, called Colourpoint Shorthairs. This is due to the fact that they are hybrids and not exclusively from the original Siamese bloodline.

The red point Siamese, a result of crossing a seal point Siamese with a red tabby British Shorthair, first appeared in Britain. Then in the 1940s, breeders became serious about developing this variation.

The cat has a creamy white body and warm orange-red points. Though show standards specify no tabby barring on the points, the variety is very difficult to breed without faint tabby marks.

In the United States, the Colourpoint Shorthair was introduced as a new breed, and recognition came in Britain in 1966. Though the epidemic of feline leukemia in the 60s and 70s made the future of the Siamese unsure, the breed fortunately has recovered.

In the 1920s, tabby points are said to have been bred experimentally in Sweden. Then, in 1961, a seal tabby was shown in Britain: A cross between a seal point and a domestic tabby. One of that litter was mated to another seal point. This mating resulted in six kittens, four of which were seal tabbies.

Breeders are always after a new breed color, and other variations have been introduced. Some of these may become popular and be accepted into the Colourpoint Shorthair varieties.

The body should be medium-sized, dainty, long and svelte. The cat should be strong and muscular, but fine-boned. Shoulder and hip line should flow into the lines of the tubular body.

Hind legs are slightly longer; neck is long and slender; paws are small, dainty, and oval. The tail should be long, whip-like, thin, and tapering to a fine point.

The head has a long tapering wedge-shape, and the tips of the ears and nose should form a perfect triangle. The ears are very large and pointed. They are wide at the base. Eyes, almond-shaped and medium in size, should slant toward the nose. All varieties have vivid blue eyes.

The coat is short, fine, and fits close to the skin. It has a natural sheen. The Siamese mask should cover the whole face, but should not extend over the top of the head.

Because the Siamese have a gene that is temperature-sensitive, it will produce more pigment when the temperature is lower. The color points are the coldest part of the body. Also, the body colors of the Siamese tend to darken in colder climates. 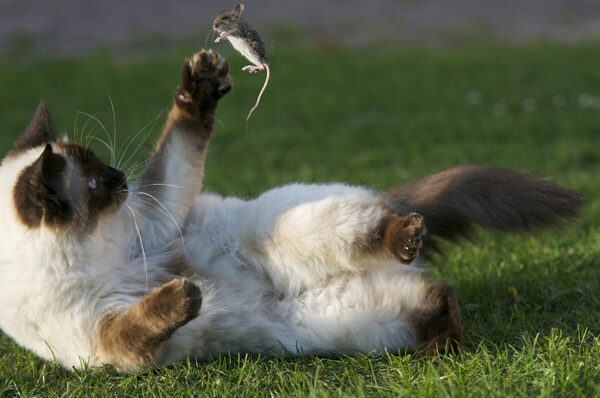 This cat has a boisterous temperament and is very intelligent. This combination makes the cat a difficult one to deal with at times. The cat makes a variety of sounds for many occasions, as a way to get attention. The animal can be very talkative.

My Maxine is a good example — She talked a great deal. Once she started, she kept up the conversation for quite a while. One time when I had friends visiting, I called home to Bells Flats from my shop in Kodiak, to see how my friends were doing. I could hear Maxine talking in the background for the entire time I was on the phone.

Your Siamese cat may attach itself to you specifically and become jealous if you pay too much attention to others, either people or animals. The cat dislikes being left alone and being ignored. Because of this sensitive nature, it may have behavioral mood swings.

These cats are affectionate. My Maxine didn’t trust me at first — she’d flinch or back away when I reached to pet her. Before she lived with the nuns, she’d been part of a family with kids who pestered her constantly, and they caused her to be fearful of what would be done to her next.

However, she recovered from that trait and became very affectionate. In fact, she had one very endearing habit. When we went to bed at night, she’d cuddle up next to me and put her little paw in my hand. It was very sweet.

Additional Facts About Your Siamese

Here are some suggestions:

As you can see, this cat has spread its genes over a large territory.

If you have a Siamese in your family, be proud to be a companion of one of these fine cats. You can enjoy years of pleasure and companionship from your Siamese.

The reference I used for this post is called The Encyclopedia of the Cat, by Michael Pollard. It features 1,000 pictures of every breed, and gives a plethora of information. Use the link below to order the book from Amazon. Please note that, as an Amazon affiliate, I may receive a small commission from your purchase.

The Encyclopedia of the Cat, by Michael Pollard