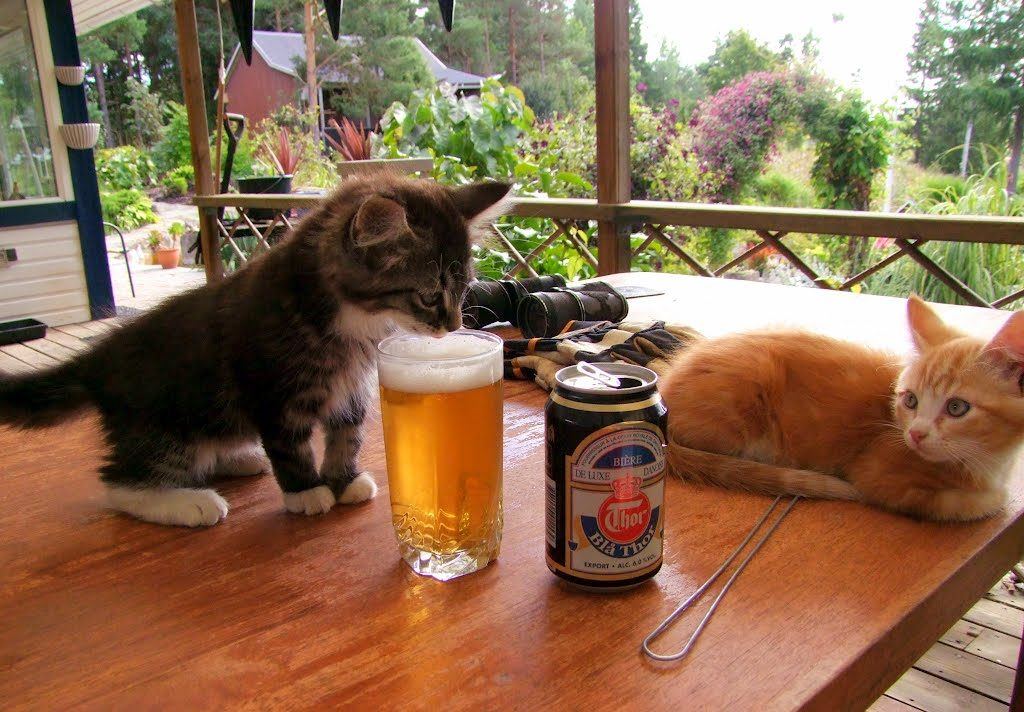 As with humans, our feline friends also have five senses. In the last three posts, you’ve learned about the cat’s senses of vision, hearing, and smell. Now let’s discuss taste and touch, the last of the five senses of the cat.

First, let’s look at the sense of taste. Some cats have a reputation of being picky eaters. However, in truth, they have less ability to differentiate between tastes than humans do.

Where a human has 9,000 taste buds, cats have only 473. Their sense of smell, however, makes up for this deficit. Their most powerful response occurs because of that talented nose.

Your cat responds to flavor as well as to the food’s texture and temperature. Cats do not care for food below room temperature. This preference probably developed because fresh-killed prey would be warm.

To warm my cat’s refrigerated food, I do not like to use the microwave. I just don’t like the idea that the microwave could change the food in some way.

As stated, the taste buds in the cat are located on the tip, side, and rear of the tongue — in other words, around the edges. The main surface of kitty’s tongue is covered with the small barbs that help with grooming as well as moving food to the back of the mouth. You have most likely received a lick or two from that sandpaper tongue.

If a cat stops eating, the cause could come from dental problems. He may also have a more serious problem, so a vet visit could be in order. If the cat smells the food, that will stimulate him to eat. If he cannot smell it, he won’t eat it, and if he can’t smell it, something has gone wrong. Call your vet.

What Tastes Can Cats Distinguish?

A cat’s taste buds can distinguish among sour, bitter, salty, and meaty/savory flavors. Cats do not taste sweet flavors. They lack one of the “sweet” genes completely and one is not well-developed. They may go after sweets, like pastry and ice cream, probably because of the fat in the food.

Cats can taste bitter, and do not like it. They have as many receptors for bitter as we do — about 12 of them. Since cats seem to have a stronger sensitivity to certain bitter compounds, it is believed that this aversion will discourage the cat from eating poisonous prey.

It also explains why it can become difficult to give cats medication, as it often tastes terrible.

Help From The Vomeronasal Organ

That vomeronasal organ, or Jacobson’s organ located on the roof of kitty’s mouth, can also help kitty taste food. Researchers believe that a cat uses this organ to “taste-smell” the aromas that reach them. Odors arrive when inhaled to the cat’s tongue, and the tongue transfers the scent to the roof of the cat’s mouth.

This way of tasting is obviously one we can’t experience.

Also, cats can taste a couple of things that we cannot. One, umani, refers to savory or meaty flavors. The other goes by the name of adenosine triphosphate (ATP). This compound resides in meat, and since a cat eats mostly meat, he benefits from the ATP,

The Sense Of Touch

Now that we know that the cat has a limited number of taste buds and uses that well-developed sense of smell to augment their tasting abilities, what about the last of the senses, the sense of touch?

Just as with humans, a cat’s sense of touch spreads over the entire body. From birth, touch becomes a primary source of affection for them. They might groom each other or lay against each other.

The cat benefits from human touch as well. By stroking or petting your cat, you can slow his heart beat and cause his body to relax. Often the purr amps up in volume.

Some cats do not care to be petted. If your cat reacts in this way, he may still show other signs of bonding, such as playing with you, following you around, sleeping with you, or rubbing against you. If your cat does not wish the petting, just leave him alone until he comes to you for affection.

A cat’s whiskers seem to me a bit like fingers. They assist kitty’s vision, because the whiskers can detect location, size, and texture of objects, even in the dark.

The whiskers appear on cheeks, lips, and above the eyebrows. They contribute to a cat’s ability to navigate and hunt at night. Never cut your cat’s whiskers — it’s like depriving a blind man of his cane.

Think of those whiskers when you choose the cat’s food bowl. A deep food bowl can press against the whiskers, causing discomfort, and perhaps discouraging kitty from eating, . Thus, select a bowl that has short sides or use a wide-and-flat bowl.

Kitty will shed a whisker now and then. Long ago, I was told that a cat’s shed whisker can bring you good luck, so I always save the ones I find.

Think of those whiskers as extensions of kitty’s skin. Their design allows the cat to detect the smallest changes in the environment. These whisker-hairs are embedded three times as deep as fur and send even the slightest message to the sensory centers at the roots of the whiskers.

Though paw pads function as a kind of shock absorber for the cat, they also prove very sensitive. As with the whiskers, they contain large concentrations of nerve receptors. Thus, they help with the hunt. Your kitty can feel texture, pressure, and even vibrations through those paw pads.

Overall, the cat’s senses have developed to enhance his ability to hunt and also to act as protection against danger.

The cat, our soft, lovable cat, has a design of a superb hunting machine. It suited his lifestyle in the wild as a predatory carnivore. Now, you must furnish your cat through play with some adventures that will seem like he’s on a hunt. Such play becomes necessary to keep your indoor cat a happy cat.