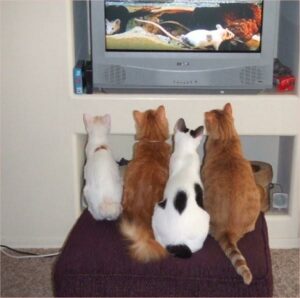 Sometimes our four-legged friends give service beyond what we expected. We are wise to love our cats well, as they may provide a heroic service at some time.

Here are some examples of these super hero cats that you may enjoy, as I certainly did.

Our first story is about a little Italian cat named Toto. In 1944, this cat saved his family from one of the worst natural disasters in history.

One evening in May 1944, in the Italian village of San Sebastiano al Vesuvio, Gianni and his wife, Irma, noticed that their cat, Toto, was acting strangely. He was very uneasy and did not want to come in when the sun went down.

Eventually, they got the cat settled in the house, and they went to bed.

Around midnight, Gianni was rudely awakened when the cat started clawing at his cheek. Hurt and angry, Gianni was ready to shut the cat out of the bedroom. His wife, Irma, intervened.

Usually Toto was sweet, docile, and good-natured. Irma was unsettled by his unusual behavior during the day, and by his attack on her husband.

Irma felt very strongly that Toto was trying to tell them something. She persuaded her husband that the cat knew something they didn’t, so they packed a few things, took Toto, and left the house. They went to Irma’s sister, who lived not too far away.

Within an hour of their leaving home, Mt. Vesuvius erupted unexpectedly. The town of San Sebastiano al Vesuvio was completely destroyed by a fiery torrent of lava, half a mile wide, which flowed down the mountainside.

Not only did it destroy that village, but it also destroyed the neighboring villages of Massa di Somma, Ottaviano and part of San Giorgio a Cremano. In San Sebastiano al Vesuvio, 30 people were killed. If the cat had not alerted his owners of the coming disaster, that number could have been 32.

For sure, Toto sensed that something was very wrong, and alerted his family to the danger. 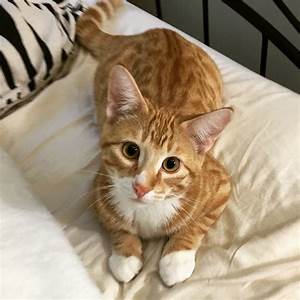 Cats are very territorial. However, Donna Dickey was in for a surprise when she found out exactly how territorial her cat, Jack, was. In June 2006, a black bear came into Donna’s backyard in West Milford, New Jersey.

Residents there are aware that there might be bears in the area, and keep a respectful distance. However, Jack had no respect for this large creature that came into his territory.

A neighbor saw the whole event from her window Jack, not appreciating this intruder in his yard, confronted the bear. Jack’s aggressive display of hissing and spitting caused the bear to flee and climb almost 50 feet up a nearby tree.

The bear hid in the tree for a full 15 minutes, then cautiously came down. Again, the furious Jack confronted the bear and chased him up a second tree.

After taking some amazing photos of one mad cat seated beneath a tree and one large bear cowering above, the neighbor called Donna, who called the cat inside.

Only then did the bear feel safe enough to come back down the tree and escape into the woods. Jack had won the day. 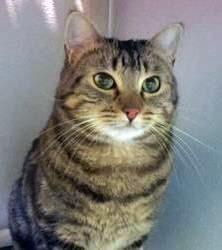 You never know what amazing ability your cat might have. Pippa, a black-and-white cat that looks like an ordinary cat has a life-saving skill. She has saved the life of her 8-year-old companion, Mia Jansa, more than 20 times.

Mia received a diagnosis of type 1 diabetes at the age of six. If her blood sugar levels drop too low, she can have a hypoglycemic episode, which could lead to a coma.

As this condition can be quite unpredictable, it must be carefully monitored. Pippa somehow developed the ability to detect when Mia’s blood sugar levels were dropping.

One night Pippa woke Mia by walking all over her, so Mia decided it might be a good idea to test her blood sugar levels. When she did, she discovered they were dangerously low.

Mia’s mother, Laura, soon realized that the cat was warning them. If Mia doesn’t wake up, Pippa goes to Laura’s room and meows. She’ll jump on the bed and walk on Laura until she wakes up.

She is very insistent with her warnings. Now she is Mia’s watcher, and will wake her if the cat senses something is wrong.

Now, there’s a great nurse cat — a hero, really — who makes sure her human is okay. 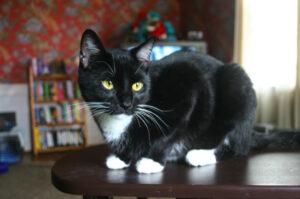 We’ve all heard stories of cats who find their way home from incredible distances. Here is such a story.

Sheree Gale lived in Ungarra, South Australia, in a farmhouse that she shared with two tabby cats, Jessie and Jack. The two were brother and sister.

In 2010, the family prepared to move to a new home near Darwin. A few months before the move, Jack went missing. When he didn’t return, and it came time for the move, they had to leave without Jack. So, they made the 3,000 km move with just Jessie.

Meanwhile, back at the farmhouse, the new family had an unexpected visitor. They sent a picture of the little tabby cat to Sheree, and she confirmed it was Jack. Feeling that the cat would be happier in his original home, Sheree let the new farmhouse owners adopt him.

Fifteen months later, the new farmhouse owners were surprised to find a second tabby cat curled up next to Jack. It was Jessie, who had made that 3,000 km trek across the outback to find her brother.

It must have been a truly incredible journey for Jessie, as 2010 had been the third wettest year on record for the region. Severe flooding turned the dry landscape green, and providentially brought with it a swarm of insects and many animals, including mice, so Jessie had a good supply of food for her trip.

The cats, reunited at last in their home, stayed at the farmhouse, as they obviously wanted to be there. This story is not just a tale of a remarkable journey, but proof of the bonds that can exist between animals. 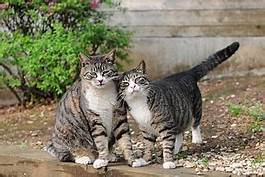 I have offered a copy of this book for sale elsewhere on the website, but will list it again here so you can get your own copy if you’d like. Just click on the image or the blue-tinted title, and you will be taken to Amazon, where you can purchase it.

Please note, that as an Amazon affiliate I will receive a small commission from your purchase. You will receive the greatest reward — the complete collection of these stories to read and enjoy.