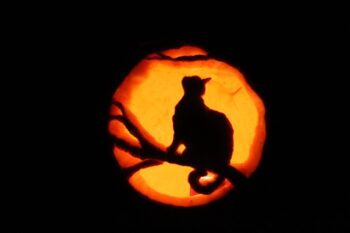 Cats have played their part in the creation of myths and superstitions around the world. To learn all about cats, you might want to know some of these beliefs. In this post, we will look at a few of them.

Have You Heard That Cat Whiskers Bring Good Luck?

We all know that a cat can fit through a tight space if his whiskers will allow it, and isn’t that rather magical? Not only can the cat manage that tight squeeze due to those whiskers, but he can also curl up to sleep in the most unusual spots. The whiskers might let him know the spot’s a good one.

How To Protect Against Auto Accidents and Other Mechanical Problems: Put a cat’s whisker in a white bag and put the bag in your car. This little trick supposedly keeps you safe. It protects not only from accidents, but from parking tickets and car thieves. Whatever works!

Use Those Whiskers For Casting Spells: If you happen to believe that the cat’s whiskers are a bit magical, this one makes sense. You can find many recipes and stories about the use of cat’s whiskers. These are mostly about protection and good fortune.

Never, Ever Cut Your Cat’s Whiskers

Do not cut kitty’s whiskers. They contain lots of nerves, and if you cut them, kitty will hurt, a lot! You might notice changes in your cat’s behavior if you cut a whisker, but that’s because kitty is in pain! Do not do such a thing!

Instead, when you find solitary whiskers that the cat has shed, those are the ones you keep. Put them in a safe place, as a fallen whisker denotes that good fortune comes your way.

Such fallen whiskers should be a rare find, so you can always consider it good luck if you find one. However, if kitty loses lots of whiskers, it might become a good idea to consult your vet.

Black cats gained their bad reputation in places under the influence of the Christian church. This set of beliefs arose during the time when anyone believed to be a witch might be killed, and their black cat as well, since people thought the cat to be her familiar.

Of course, this horrible superstition got lots of support from the Church, and still has some effect today. Many ignorant people still cling to superstitions about black cats being evil. So sad! Therefore, let’s look at some beliefs about black cats that reinforce a positive set of beliefs.

You will actually find more places in the world where folks believe the black cat brings good luck. For example, in Japan, the culture believes that when a black cat crosses your path, you will have good luck. Not only Japan, but much of Asia regards cats as good luck.

The Japanese have such a strong faith in this belief that they place statues of black cats around their homes and businesses because they believe the cats can draw in the good fortune and wealth that they want.

A Feng Shui belief centers around the forces of good the black cat supposedly possesses. Keep your black cat happy and safe and he will in turn do the same for you. If you have a black cat figurine, place it facing north to keep bad energy and spirits away.

If you happen to have a black cat who has one white hair and can pull out that hair without being scratched, you would come into a great deal of money, plus you will also find true love.

The English have a superstition that tells you if you give a black cat to a bride on her wedding day, she will find good luck in her marriage. If newlyweds have a black cat in their home, they will celebrate a long and happy life together.

Black, in general, is a lucky color in English culture, so black cats have gained great popularity in Britain. Black cats are also considered lucky in much of the UK.

Safe Travels For The Sailor At Sea

Long ago, sailors believed that a black cat on a ship brought good luck. The belief that a black cat would bring the sailor home safely created a problem: The cost of procuring a black cat became so high that often it was not affordable to get one.

Not only could a black cat bring you good luck, but such a cat could also invite wealth into your possession. A French peasant many moons ago believed that if you released a black cat at a crossroads where five roads intersected, he would lead you to wealth.

In the south of France, they called black cats “matagot” and believed them to be “magician cats” or perhaps “money cats.” Give the cat a nice bed, good food, and great respect, and that very same cat could reward you with wealth and good luck.

I have had several black cats over the course of my life, and have found them all to be most wonderful companions and playmates. They have comforted me in sad times and brought me happiness in good times. I believe that in themselves they are a treasure.

2 thoughts on “All About Cats: Myths And Superstitions Around The World”