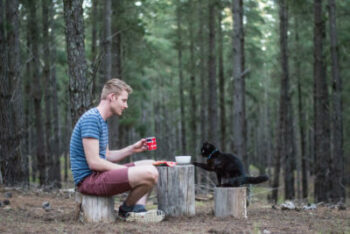 Every now and then I like to add a few more things to the list of fascinating facts about cats. This list may perhaps include some things that will surprise you, even if you know a lot about cats.

Possibly you may find a few repeats on this particular list that I already included in an earlier post, but you may see some new information as well. So, here goes:The votes are in — cats have received the reward for the most popular pet in the USA. Would you believe 88 million cats now live in this country as pets?

Cats’ ears come across as pretty phenomenal. Would you believe they have over 30 muscles that can control them? Partly due to the abundance of muscles, the cat can rotate his ears 180 degrees! He can also move each ear separately.

The cat’s sense of smell weighs in as their strongest sense. In fact, their sense of smell is 14 times better than a human’s. They rely on this super sense to identify people and objects.

The heart of a cat beats at a rate that’s almost double that of a human. The rate varies from 110 to 140 beats per minute.

Studies show us that sharing your home with a cat benefits your health. If you own a cat, you can reduce your risk of a heart attack or a stroke by one-third.

Though cats don’t do very well speaking English, they do have the ability to make around 100 different sounds. Dogs, on the other hand, can make only about 10.

Your cat can pick your voice out of the crowd, as cats recognize individual voices.

Their wonderful brain has 1,000 times more data storage than an iPad.

As one who really cared for cats, Abraham Lincoln kept four cats in the White House. When Mary Todd Lincoln was asked if her husband had any hobbies, she is said to have replied, “Cats.”

It’s a toss-up as to whether a cat’s sense of smell or his hearing becomes the strongest sense. The cat can hear sounds as high as 64 kHz. Humans can hear only as high as 20 kHz.

I love this one! Did you know that the fairy godmother was a cat in the original Italian version of Cinderella?

Here’s one I didn’t know — One reason kittens sleep so much occurs because of a growth hormone released only during sleep.

Did you know that approximately 1/3 of cat owners think their pets can read their minds? I tend to agree, but I also believe that cats understand far more of our language than we realize, and that might account for part of their seeming ability to discern our thoughts.

Here’s one that might prove valuable at some time. The cat’s normal body temperature falls  between 100.5 and 102.5 degrees.. If kitty’s temperature falls below 100 degrees or above 103 degrees, the cat is sick.

If you think you qualify as a world traveler, compare your record to the cat, Hamlet, who escaped from his carrier on a flight. Hamlet hid for seven weeks on the plane, and by the time they found him, he’d traveled nearly 373,000 miles.

This story appears somewhere earlier on this website, but it bears repeating. Cat are said to have supersonic hearing. At the Holland embassy in Moscow, Russia, staff noticed their two Siamese cats kept meowing and clawing at the wall. Owners investigated and found microphones hidden by Russian spies. When the microphones switched on, the cats heard them.

For a final one, here’s a fact that might surprise you: The city of Rome has more homeless cats per square mile than any other city, worldwide.

There you have it for this post. If you would like to read the whole list, click on the link to the reference below. There you can peruse the entire collection, which includes a total of 163 cat facts about our mysterious furry friends and family members.