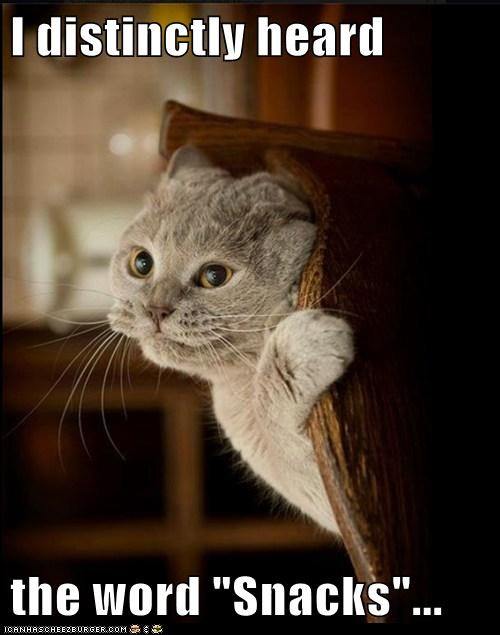 Greetings, two-legged readers! My CCL (Cantankerous Cat Lady) tells me it’s time I did some work around here. I believe that means she wants me to write something. So, here is another cat behavior solutions column.

Our letters today touch on an interesting subject: How does two-legged interaction or lack of it affect a cat?

Our first letter comes from a Ms. Alice Weber. Read to learn what she wants to know.

Ms, Weber: I really don’t know what to do about my cat. I work six days a week, so the cat is alone a lot. When I get home, I’m very tired, and really don’t spend a lot of time with him. It’s too bad he can’t talk, as perhaps we could carry on a good conversation. However, I don’t talk to him, since he doesn’t understand.

I can’t let him out, because I am afraid he would run away. I really would like the cat to bond with me, but he just seems very aloof. Do you have suggestions that might make this situation easier?

Lucinda: You do have a problem, as your cat really needs more of your attention if you want him to bond with you. Here are some ideas:

First of all, you must figure out a way to set small amounts of time aside for the cat. Perhaps you could get up a half-hour earlier and spend that time with him. Also, set aside at least a half hour when you come home to interact with him, in addition to feeding him and cleaning his litter box.

Of course, he does not know your language. Even so, talk to him, as your talk becomes a kind of interaction. Talk to him a lot! Over time, he will learn what some of your words mean, and he can often deduct your meaning just from the situation. If you talk, even though he can’t answer in English, he will appreciate your efforts. It’s attention, which he needs.

Learn to read his body language. Then you can gauge his mood and his reaction to what you are doing.

You must play with him. He needs toys he can play with when alone, but he also needs the interaction with you. Sometimes all you need is just a piece of cellophane tied on a string that you can pull, so he can pretend it’s prey and chase it. Throw a small ball for him to run after.

Recently, CCL has discovered toy springs for cats. They are about two inches long, brightly colored, and small enough that the cat can carry them around in his mouth. He can become quite the comedian with such a toy. Monitor where he loses them, so you can find them again.

Brush him. If he objects at first, encourage him with treats. In fact, given sparingly, treats become a force for good. Your cat will appreciate them. Also, make sure you spend part of your time just petting him and telling him what a good cat he is.

You said he has a good bed. Don’t you let him sleep with you? If you want to bond with him, inviting him to share your bed will help.

That’s the bottom line — if you want him to bond with you, he needs more of your attention. You must find a way to give it to him, or find him a new home where he won’t be ignored.

Lucinda: Our second letter comes from a sad cat named Princess. She has a similar problem as that of Ms. Weber’s cat, in that Princess’s family mostly ignores her. Let’s hear Princess’s story:

Princess: Lucinda, I live in a house where I receive no love. I’m starved for affectionate attention and these two-leggeds just ignore me. I don’t understand why they even want me here.

Oh, yes, they feed me. However, I am locked in all day and they don’t play with me or talk to me. I feel like a prisoner in a jail where the people who guard the place just ignore me. If I could escape, I might try to find a better home.

I can think of a couple of things you could do. For one thing, do these two-leggeds watch TV or movies? If so, they usually settle into one spot while they watch. Here is the perfect time for you to be positive and assertive. Find one two-legged who seems to regard you in a friendly way. Leap up onto that lap and curl up and purr, while they sit there.

You have a captive audience. They won’t leave in the middle of something they watch. Use that time to act your sweetest, most lovable self, and see if they react. At least, perhaps they will pet you a bit.

Does one of them let you sleep in their bed with them? I hope so. If they do, you can use your purr to full advantage in this situation. Curl up close to them and purr like you really mean it. That purr can do wonders to thaw out a cool two-legged.

Do they call you by name? If they call you, pretend for a moment you have become a dog, and rush to their side with anticipation and a happy expression. How can they resist you?

Sometimes two-leggeds don’t seem to understand us cats at all. They expect us to act like a dog, or they simply don’t know how to treat us. We have to try to teach them. Here is a technique you can try. Get that small toy that you can carry in your mouth, and if your two-legged is seated, carry the toy to her, drop it at her feet, and meow.

Perhaps she will get the idea that you would like to play. It’s important that you try to wake these two-leggeds up to the fact that you exist. You really miss a lot when you can’t interact, so try any way you can think of to get their attention. Hopefully, your two-leggeds will get the message.

Best of luck to you, Princess. I hope you can find the love you deserve.

Now we’ve concluded this issue of “Letters to Lucinda.” If you have a question you would like Lucinda to address, tell us about it in the comment section below. I will answer if I can. Thanks for reading.