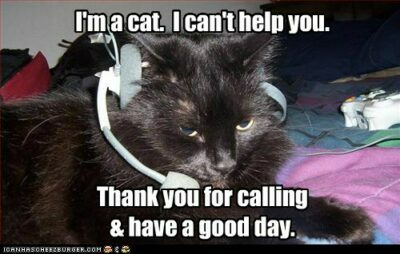 As cat owners, many of us have wished our cats could talk, so we could understand what is going on in that cute, furry head. Well, now researchers are developing a way that you can teach your cat to talk.

No, the cat doesn’t learn to say words in English, or in any other language. Instead, it learns to use what is known as AAC (Augmentative and Alternative Communication devices.) These are buttons which, when pushed, emit a pre-recorded word that the cat can understand.

The idea came from Christina Hunger, a speech-language pathologist. When she brought her new puppy, Stella, home, she realized that the dog demonstrated many of the same pre-communication skills that a toddler would use right before starting to talk.

Christina got the idea of trying the AAC device with her dog, to see if she could teach it to express itself with the device. It worked, and now Stella uses more than 45 words and creates phrases up to five words long.

Can cats learn this same way of communicating? The answer is yes, they can. Here are the basics for setting up your buttons:

1) Pick your word. Nouns and verbs are best.

2) Record your voice saying the word, making sure it is loud and clear.

3) Mark your button in some way.  Don’t use colors, because cats do not see color the same way as we do. The word you are using can be displayed in writing on the top of the button.

4) Push the button every time you are doing the activity that the button word represents.

5) Be consistent and patient. It takes most animals up to and over a month to learn the button’s meaning.

A cat named Steve, who communicates well already when it comes to describing his basic wants and needs, began receiving button training. The owner started with an “outside” button which she placed in front of the door.

Steve loves to go outside into his fenced and supervised yard. So, it made sense to start with an “outside” button. With the button by the door, Steve’s owner started hitting it with her foot every time she opened the door for the cat.

After four days, the cat got it and started hitting the “outside” button regularly, all day long. Now his owners have decided the next buttons will be “no” and “later.”

I learned about the button training approach from a friend here in Gustavus, Ellie Sharman. She recently adopted Sadie, an adorable grey kitten, and decided to try the button technique on her new family member.

Her husband, Lewis, scoffed at the idea, and said it would never work. “But go ahead and try it if you want to,” he said. Now, Sadie has already learned how to use a couple of buttons. Her choices are “play” and “pet”, and she really seems to like using these two.

Lewis finds it hard to believe, but he now admits that the buttons work.

On the website, theycantalk.org, the company has two mutually-reinforcing aims:

1) Helping people teach their pets how to use the buttons, and

2) Studying the results of this non-human animal button-based communication.

They point out that such a system works because of smart, patient, dedicated human instruction. Research at theycantalk.org proceeds in three phases.

In this stage, the researchers collect data from anyone participating in their study. Their data will allow them to understand how age, breed, sex, teaching technique, teaching speed, and vocal choice affect button learning.

In Phase One, if you are participating in this research, it will be entirely up to you to submit updates describing when and in what context your animal pressed buttons. 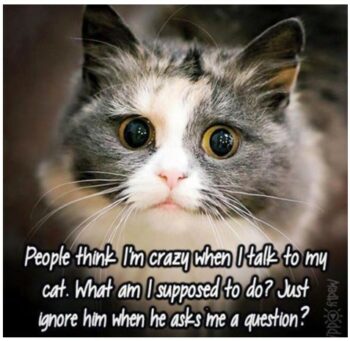 Information of the most scientific interest are:

1) When a word button is first introduced, and

3) When a word button is first used within a multi-button expression.

Using a video camera and continuously recording every time a learner uses a word button will give the best data. Such videos make it possible to see how button use changes over time, and the impact of button use on interactions with the person involved.

From the insights gained in Phases One and Two, this organization will be piloting direct, controlled tests of the sound button use and understanding. The aim of this phase is to determine how language-like the learners’ sound button use is.

1) Make sure you are talking to your learner all the time when modeling a word, using it repeatedly in context, without using different conjugations. For example, if you are modeling the word “play,” when you are about to play with your learner, say, “Do you want to play? Okay, let’s play. Play, play, play.”

Use simple, clear, easy to understand phrases. Do not speak too fast. Repeat each word frequently, immediately before and during the action each one corresponds to.

2) Pay close attention to the words you are using. The best words to start with are those referring to things your learner cares about. What words do you use to your pet to describe a particular object or activity?

Do you use “treat” or “cookie?” Do you say “eat” or “hungry?” Do you say “play” or “have fun?” Use the word or words that you use more, so the animal will be more apt to recognize it.

3) Model by using their buttons. When you want to model a new word or concept, say the word or phrase, press the corresponding button, and then direct your animal’s attention to the object or perform the action you have just described. This is called “modeling.”

What a fun, new way to communicate with your furry family member!  As you progress, you may find that this new activity creates an even closer bond between you and your pet.

If you would like to try out this button training with your pet, you can go to Amazon and get your first buttons.  Here is the link:

8 thoughts on “Now You Can Teach Your Cat To Talk”