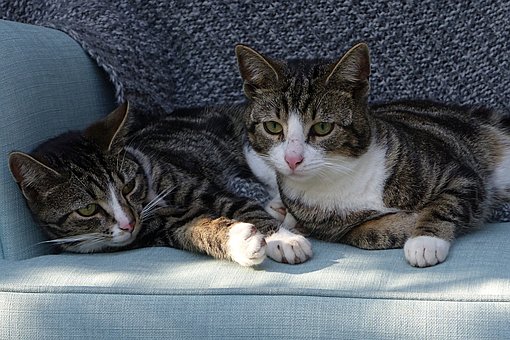 Many well-known people have said things about cats that have been circulated through literary circles, or written down in books and preserved for others to enjoy. It is my intent to share some of these sayings with you.

Many years ago, I was given a book called “The Cat Notebook.” The book was copyrighted in 1981 by Running Press. It contains illustrations and quotes on every page.

There is enough blank space on the pages to mount photos, if you wish. Instead of photos, I started collecting greeting cards with cats as the subject. One has gone on each page of the book. I’ve attempted to match the pictures with a quote that is apt. It is a fun book. Here are some of the quotes:

Who can believe that there is no soul behind those luminous eyes! 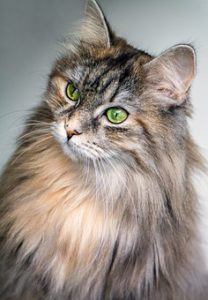 With the qualities of cleanliness, discretion, affection, patience, dignity, and courage that cats have, how many of us, I ask you, would be capable of being cats?

It is in the nature of cats to do a certain amount of unescorted roaming.

…the wildest of tame animals and the tamest of wild ones.

In the middle of a world that has always been a bit mad, the cat walks with confidence.

The cat is a dilettante in fur.

It is with the approach of winter that cats become in a special manner our friends and guests. It is then too that they wear their richest fur rand assume an air of sumptuous and delightful opulence. 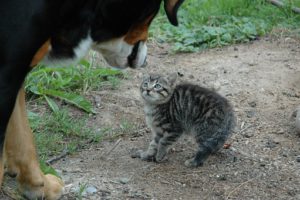 The cat is mighty dignified until the dog comes by.

...dignity and freedom of spirit…intelligence and grace…companionship and consolation… But these are ideas we can understand by words. At bottom, cats are like music. The reasons for their appeal to us can never be expressed too clearly.

Her function is to sit and be admired.

The cat sees through shut lids.

Cats are rather delicate creatures and they are subject to a good many ailments, but I never heard of one who suffered from insomnia.

The trouble with cats is that they’ve got no tact. 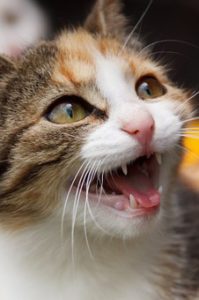 We cannot, without becoming cats, perfectly understand the cat mind.

Cats seem to go on the principle that it never does any harm to ask for what you want.

I gave an order to the cat, and the cat gave it to its tail

A kitten is so flexible that she is almost double; the hind parts are equivalent to another kitten with which the forepart plays. She does not discover that her tail belongs to her until you tread on it.

No matter how much cats fight, there always seem to be plenty of kittens.

A cat with kittens nearly always decides sooner or later to move them. 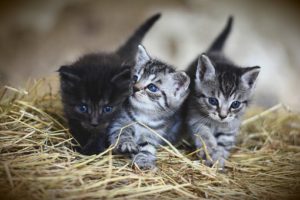 Never ask a hungry cat whether he loves you for yourself alone.

Honest is the cat when the meat is out of reach.

A cat is nobody’s fool.

He loved books, and when he found one open on the table he would lie down on it, turn over the edges of the leaves with his paw, and, after a while, fall asleep, for all the world as if he had been reading a fashionable novel.

There was a sound between them. A warm and contented sound like the murmur of giant bees in a hollow tree.

All you have to remember is Rule 1: When in doubt — Wash. 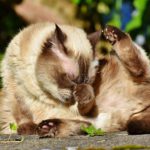 I love cats because I love my home, and little by little they become its visible soul.

At dinner time he would sit in a corner, concentrating, and suddenly they would say, ‘Time to feed the cat,’ as if it were their own idea. 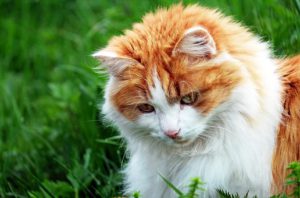 Nobody can truly own a cat.

Cats know how to obtain food without labor, shelter without confinement, and love without penalties.

Cats always know whether people like or dislike them. They do not always care enough to do anything about it.

And then there crept A little noiseless noise among the leaves… 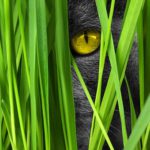 The way to keep a cat is to try to chase it away.

The cat is utterly sincere.

Deep in my brain walks to and fro,/As well as in his own domain,/A handsome cat of gentle strain. 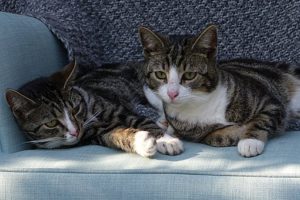 If you want to be a psychological novelist and write about human beings, the best thing you can do is keep a pair of cats.

There are more of these wonderful quotes, but will save them for a later post. If you read these and remember a quote you know or once heard about cats, please add it to the comments. Hope you enjoy these…

10 thoughts on “Have You Ever Seen These Famous Quotes About Cats?”