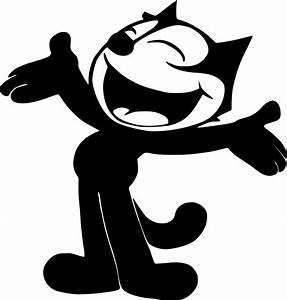 What is your favorite movie that stars a cat? These days, it is not unusual to see cats in the movies. Sometimes they are the star of the show. So, how did they get their start?

Felix is considered to be the first true animated movie star. Then, Joe Oriolo, Otto’s assistant and protege, began working with Felix. Joe had loved Felix from the beginning, and through his experience and talent, brought Felix to the next stage of his development.

Joe created a new Felix, with a new image and personality, and then he created new characters for Felix to interact with, as well. 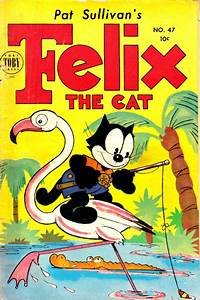 Though he started in the movies, Felix was soon featured in print as well. Then Felix became famous, even being chosen as mascot by Fighter Squadron 2-B, where he was seen on their biplanes as part of their logo. In the image on the planes, Felix held a bomb.

Now his image has appeared in countless places, such as on clocks and Christmas ornaments. He was even on the first balloon featured in the Macy’s Thanksgiving Parade.

Felix paved the way for other, live cats to be chosen to appear in movies.

Is It Hard To Train A Cat?

It’s not easy to train a cat to be a movie star. Bill Casey, who has trained animals for the film industry for more than 40 years, works through his company, Animal Talent of Chicago. He has cast animals for 69 feature films and 46 television shows, as well as thousands of commercials and stage shows.

The agency works with all types of animals, but most frequently with dogs and cats.

Mr. Casey says he receives many submissions each week from people who would like to see their pet become a star. He says there are certain qualities he requires. He knows these qualities will increase the chances of success.

If you are interested in finding out if your cat has star potential, here are some qualities to look for: 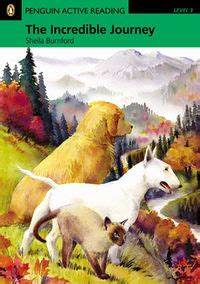 It is harder to find the right temperament in cats than in other animals. If the cat is an extrovert, that is especially valuable. (I think my last cat, Carlos, would have made a fine star. He was afraid of nothing, very outgoing, and he loved people.)

Casey says that with the right personality a cat can be trained to do things you can do with most dogs. He remarks, “It really opens up possibilities.”

2) A Great Deal Of Training

You can find cat agility training now in many places. If there is no such course, try doing some work on your own with your cat. There are other aspects of training you can work on as well.

Keep your sessions short. Start small. Teach one thing at time. Practice in different areas of your home. Involve other people, so the cat gets used to responding even when strangers are present. Rewards help a cat to respond.

3) Familiarize with different environments and people

The cat should be exposed frequently to large crowds and diverse settings so its natural shyness can be overcome.

It is important that the animal learn to be comfortable in a variety of settings. If they can become comfortable on a stage set, that is very important, as their comfort level impacts their behavior when being filmed. If they are stressed, they won’t perform well.

Casey says looks are the last thing he considers when deciding if the cat should become one of his clients. However, if you want to send your cat for an audition, get a set of good photos. These are essential. You must get a full body shot that shows the animal’s coloring and coat quality.

Casey says that professional-quality images are important, as without good pictures, many animals get overlooked, even with training.

A cat with all-black fur is at a disadvantage because the dark fur makes lighting difficult. Casey notes, “It’s not impossible, but it takes more work and more time.” For this reason, many casting agencies bypass dark-colored animals.

Breaking Into The Industry Is Not Easy

Be aware that there are some people who will try to take advantage of you. You should not be 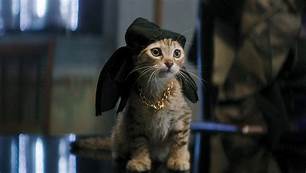 required to pay for a listing. If someone wants to charge you to make your pet a star, consider it a warning flag. You may get involved in a scam.

Says Casey, “When I use an animal, I pay them, not the other way around.” There are exceptions, though. You should expect to pay for training and professional pet portraits.

Getting through auditions to earn a film role or to become a star on a pet commercial is hard work for people and pets. Casey says everything they do is positive-based. Their “work” needs to be made into play. Reward with treats and lots of attention. Then it becomes fun for everyone, and the cat will do a better job of performing.

So, test your cat. Take it to places different from their home environment, and see how they get along with extra commotion. Does your pet still remember all his commands, despite the distracting atmosphere? Then perhaps you have a star in the making.

There are a number of pet casting agencies around the country and world, so you can see with an internet search if there is one near you.

Perhaps you are not sure if your pet can cope with the whole road to fame. Start small. Make a video to post on Facebook, Instagram, or YouTube. Good reactions can help you decide to proceed further.

Besides, you will find it fun for the two of you to bond over the experience. Since our pets want to please us, they will be happy with all our praise and attention.

Never force your cat to do something he does not want to do. If your pet is reluctant to participate, your insistence could lead to stress, illness, and injury. Since your pet wants to make you happy, do the same for your pet, and make sure they are happy too.

If their emotions and temperament seem to be suffering, or if they aren’t acting like they usually do, perhaps they are not enjoying the pursuit of fame. In that case, let them go back to just being a pet.

Here is a video about training cats for TV and movies:

The most successful cat movies are the ones in which the cat is persuaded to be himself. Cats can become movie stars.

Do you have a favorite movie or movies in which the cat has an important role? Please tell us of your favorites and why you liked it in the comments below this post. I believe my favorite is “The Incredible Journey,” because it showcases the amazing ability that animals possess to find their way home over extraordinary distances.

The three animals cooperated and helped each other in order to make it home safely.

The references I used for this post are listed here: