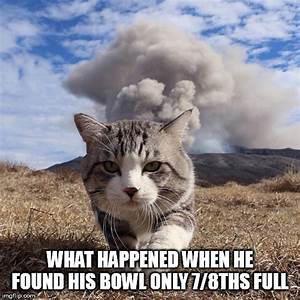 Sometimes it seems like your cat wants to get even for something you did to him that he has not forgiven. It can make you wonder, do cats hold grudges?

The simple answer is, no, cats cannot hold grudges. It doesn’t matter if it’s against you or another feline — it won’t happen, because holding a grudge represents a complex emotional response that felines do not have the capability to express.

Definition of a grudge

Obviously, if the cat cannot remember a slight done to him in the past, how can he hold a grudge? To understand more, we need to know about a cat’s long-term and short-term memory. 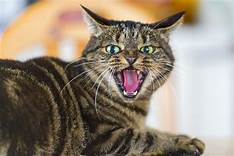 How long does a cat remember?

Let’s look at the two categories of memory as they apply to the cat, and learn how a cat’s memory works.

First, the short-term memory, or working memory: This category refers to how much information you can retain in a short time period. According to studies, a cat has a poor working memory.

Researchers have done a test of cats by showing them a fascinating new toy, hiding it nearby, but then not letting them begin searching for it. Delay the cat more than 10 to 15 seconds, and he becomes more likely to forget about it. Delay the cat by 30 seconds, and you will find he’s almost certainly forgotten the beguiling toy.

If a cat could hold a grudge, it would be remembered by long-term memory.

Research becomes a bit less clear when discussing long-term memory. The common answer seems to be 16 hours. However, in a recent study, researchers learned that a cat could retain memory of a learned response for at least 10 minutes.

As the cats did not get tested for longer periods of time, we do not know if the cat could have retained that memory for 16 hours.

Just as with humans, cats can find certain things easier to remember. If a memory has an association with powerful emotions and situations such as pain, he will remember this incident for a long time.

However, such memories do not necessarily mean the cat holds a grudge. Instead, he’s displaying caution so he doesn’t experience the negative event yet again. 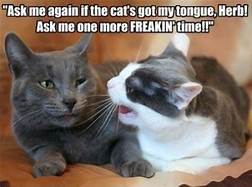 The same thing occurs when your cat gets into a fight with a neighborhood cat. The loser will remember that fight and will avoid the other cat’s neighborhood so another fight will not occur.

Will a cat experience anger?

Yes, cats do have strong emotions, which include anger. Many things can cause a cat to get angry. It might happen because of a small thing such as picking him up without his permission or perhaps not cleaning his litter box.

If the cat becomes angry, it’s best to leave him alone until he cools down. Otherwise, he might scratch and bite, and his anxiety may not diminish.

You can tell if a cat becomes angry by several signs, such as:

Yes, you can — but you must wait until he has calmed down. First, you have to figure out what you did and then not to do that again. Meanwhile, talk to him calmly as you continue your home routine.

Once the cat comes to you, talk to him pleasantly. Don’t sound angry, or you will simply intensify his anger. Offer a treat.

If kitty seems in a state of chronic stress, perhaps you need to establish and keep to a routine. Try to minimize over stimulation and keep kitty involved in an exercise and play schedule.

If it appears that your cat will not forgive you, you may be repeating an unwanted behavior, which leads to a constantly reoccurring cycle of anger.

Possibly something in the cat’s environment could cause his reoccurring stress. Make sure to provide a calm environment to help kitty out of this cycle.

He may have a chronic anxiety condition or perhaps holds on to fears from the past. He wants to forgive human transgressions as an act of self-preservation, as much as anything.

Will a cat forgive abuse?

A cat will be psychologically scarred if it has been the victim of systematic abuse. Part of his long-term memory will include any traumatic events. These memories of his ordeal will remain with the cat forever, though in time he may forgive the abuse.

A cat will not assume you are friendly. If you prove to the cat that you are a kind and friendly 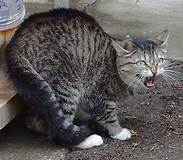 person, the cat may respond well. If you abuse the cat, he will avoid you as well as anybody who reminds him of you.

To rebuild a relationship with such a cat involves letting the cat take the lead. He may be jittery and seemingly afraid of everything. Once he rebuilds his confidence, he will then begin acting “normal” again.

Treat him well and follow a strict routine. Hopefully he will then forgive you, though this is not a guarantee. Sometimes a cat cannot look beyond his past trauma.

My kitty, Pogo, was taken to a shelter after many years in the same home. When I took him home, he remembered that incident, and as he stayed there for 7 1/2 months, it took some time for him to forget.

However, with positive attention and lots of love, he has gradually become less jittery and less afraid of everything. He has always been a timid cat, but at least he now feels secure and has a well-established routine. Now he does well.

Does anxiety play a large role?

Some repetitive negative behaviors stem from a form of anxiety quite common among cats. If the cat acts spiteful, it probably stems from anxiety he carries with him at all times.

If you do not know why your cat feels anxious, it becomes hard to figure out a solution. One thing you might try involves pheromone therapy. Pheromones are chemical signals associated with familiar scents that your cat can smell in its own environment. Try Felway to see if it can calm your cat.

Often vets will spray pheromones in their clinic to help the cat feel more comfortable.

A cat does not hold grudges like humans because his emotions do not include the full spectrum of feelings as humans do. Instead, cats associate certain actions and behaviors with events, whether good or bad. They make their reaction based on this association.

What appears to be a grudge may base its cause in some association with a bad event from time past. Though we tend to give cats’ actions a name based on human emotions and actions, we must remember that cats do not have the same memory capabilities as we.

They may feel their action to be the best reaction to the situation that they can give. They just do their cat-like thing and expect you to understand it.

8 thoughts on “Have You Ever Wondered, Do Cats Hold Grudges?”