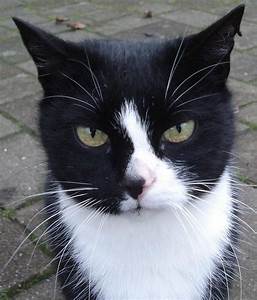 On Saturday, September 11, 2021, in Miami, the scene of the University of Miami Hurricanes and the Appalachian State Mountaineers football game, a remarkable incident occurred. Just minutes into the second quarter, fans saw a cat dangling and clinging by its front claws to the upper deck of the stadium. Quick thinking on the part of a couple there demonstrated how to save a cat at a football game.

Craig and Kimberly Cromer, married for 34 years and recent graduates of the University of Miami, have season tickets to all the games. They have had season tickets for about seven years. They always carry a large flag to the games and attach it with zip ties to the railing in front of their seats.

Hooray for the flag!

The flag quickly became a safety net for the cat, when Craig and Kimberly saw it dangling above them. When they realized what was happening, Craig ripped the flag free from its zip-ties and he and his wife plus two others stretched the flag out, providing a landing-pad under the terrified cat.

The fall to the flag equaled about 30 feet, or close to it. The cat dangled from the stadium edge for a total of about 20 minutes. First one paw came loose; then, the other, caught in a cable, finally also let go as the cat struggled to free itself.

The flag caught the cat, softening its landing. When cat and flag met, the cat might have landed on a trampoline, as the landing bounced it in the air again and off the edge of the flag.

Here, a quick-thinking student, standing next to the flag, caught the cat before it could hit the cement. He raised the cat in the air as if it were Simba from “The Lion King.” The fans who watched the harrowing episode, broke into loud cheers.

Dr. Gutierrez reported that she and her husband, both season ticket-holders, saw what transpired and jumped into action. Dr. Gutierrez said that her husband ran to the upper deck to see what he could do to save the cat. Her friend, Liam, held one corner of the flag, and Dr. Gutierrez stood next to him.

In one of the videos you can see a man with an orange shirt, standing above where the cat dangled, trying to reach it — that’s Dr. Gutierrez’ husband. Meanwhile, Dr. Gutierrez took the cat from the student who caught it and looked for possible injuries.

At that time, University of Miami sophomore Emelia Weiss came onto the scene. She told Dr. Gutierrez that the cat needed to go to a facility to be checked out, so Dr. Gutierrez gave the cat to her. Emilia had experience working in an animal clinic, and saw that the cat had one or both of his hips out of place.

Weiss was able to pop one of the hips into place. She said, “I just sort of adjusted (the other) so I’m hoping the hips are okay now.”

After that, the cat became impossible to hold and bit at least three people before disappearing into the student section of the stadium. The three students who received bites spent Saturday evening receiving rabies vaccines, just in case.

The frightened kitty disappeared, and no one has found it. None of the authorities, such as the 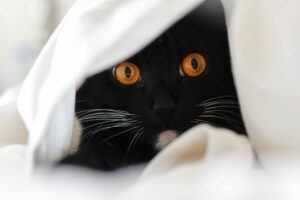 Miami-Dade police force or the Hard Rock Stadium staff, have any idea how the cat got into the stadium in the first place.

The cat wore a collar, so someone owns it, but if they brought it to the game, they have not admitted to doing so. Since bringing a cat to a football stadium does not seen a very intelligent thing to do, it’s no wonder no one has spoken up.

Craig and Kimberly Cromer expressed happiness that they and their flag could save the day — and the cat. Cromer, a facilities manager for the University of Miami, said it’s the first time he’s caught a cat hurtling through the air, and he hopes the last time.

Who won the game?

And the game? Though a fight to the end, Miami finally won over Appalachian State with a 4th quarter field goal, ending the game at 25-23.

Coach Manny Diaz, not too pleased with his red-zone defense, wondered if that resilient feline could help his team.

“I don’t know anything about that or what was going on,” Diaz said, “But I’ll tell you if that cat can help out our red-zone defense, I’ll see if we can get it a scholarship.”

Cromer remarked that it is important, too, that the flag survived the catch, and no one complained about this being an unauthorized use of a flag. The flag did sustain a few small puncture holes from the cat’s claws, though otherwise undamaged.

The Cromers plan to send the flag into retirement. They will frame it and buy a new one for future games.

Watch this video of the incident. Notice how the cat’s ability to right itself during a fall comes into play. Notice that when the cat hits the flag, its landing gear — all four feet — have moved into the proper position for a landing.

Too bad the cat didn’t stick around to thank its rescuers, but once it got loose from all those people, it melted into the crowd. I am guessing that it found some small cubbyhole somewhere in the stadium to hide, rest, and recover.

Hopefully, by now it has left the stadium and perhaps has found its way home. News from the stadium staff tells us that the stadium made a donation to the Humane Society of Greater Miami and encouraged fans to do the same.

This incident reinforces the image of cats as survivors. How nice that the story has a positive ending, with the cat saved to enjoy its other eight lives.

2 thoughts on “Do You Know How To Save A Cat At A Football Game?”