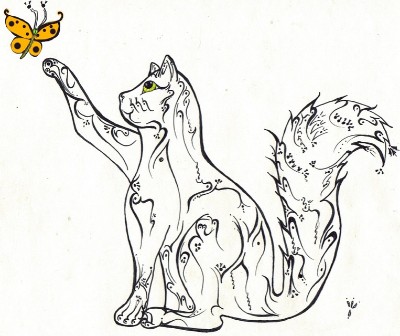 Cats are interesting creatures. Countless stories about their exploits and adventures can be found, sometimes filling a whole book. Below are ten facts about cats that might surprise you. You can learn more interesting cat facts by going to www.factretriever.com. For starters, here’s your appetizer.

1. Though your dog might really enjoy your morning pastry, your cat does not have a sweet tooth. It is the belief of scientists that this lack is due to a mutation in a key taste receptor.

It’s true — your chocolate cake and your candies are safe. Watch over the ice cream, though — that milk in there is tempting.

2. In Hebrew legend, Noah prayed to God for help in protecting the food stored in the ark. He was 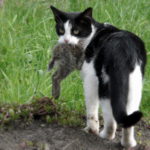 afraid the rats would eat it all. In answer to Noah’s prayer, God made the lion sneeze, and out flew a cat.

It‘s a fine legend. It is true that cats have helped change history through their hunting skills. Aboard ships and during wartime, cats have used their hunting talents to destroy vermin eating the food supplies.

3. A cat’s hearing is better than a dog’s. Also, your cat can hear high-frequency sounds up to two octaves higher than a human.

That’s why, when I called Carlos in my loud, high-pitched screech, he almost always came. After all, he could hear that yell quite well.

4. Most cats give birth to a litter of between one and nine kittens. The largest known litter ever produced had 19 kittens. Of these, 15 survived.

Now, cats are totally wonderful, but I think I’d be a bit alarmed if my cat had that many kittens all at once. 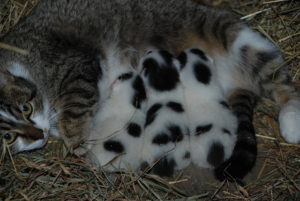 5. A cat’s brain is biologically more similar to our human brain than it is to a dog’s. Cats and humans both have identical regions in their brains responsible for emotions.

Therefore, when cats show affection, they are feeling love for you. When they snuggle and purr, their emotions must be in a sweet place, as their purring is so soothing.

6. In comparison to a human, a cat has eyesight that is both better and worse. They have the advantage of being able to see in much dimmer light and their peripheral view is wider. However, they do not see color as we do. Scientists believe that cats see grass as red.

7. “Psi-traveling” is the name given to the 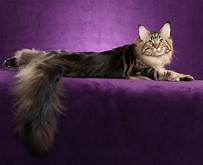 cat’s ability to find its way home. It is believed that cats either use the angle of the sunlight to find their homeward path, or that they have magnetized cells in their brains which act as compasses.

There have been remarkable stories of cats traveling long distances to return to their homes. One of the most famous of these is “The Incredible Journey,” about a cat and two dogs who traveled hundreds of miles through the Canadian wilderness to reach their home. Read Lucinda’s review:

8. Female cats tend to be right pawed, while male cats are more often left pawed. It is interesting to note that 90% of humans are right-handed; the remaining 10% of left-handed people also tend to be male.

Well, that explains why my Carlos was left-pawed, just as his human was left-handed. I taught him to do a high five, and he always raised his left paw.

9. Cats are extremely sensitive to vibrations. It is said that cats can detect earthquake tremors 10 or 15 minutes before we humans can.

This skill of cats is a very good thing for those of us who live in Alaska, as we have so many earthquakes. My cat was my danger 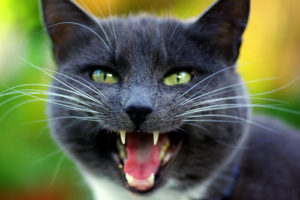 barometer. If a noise awoke me at night, I’d always look at the cat lying next to me. If he was still sleeping quietly, I would go back to sleep.

10. In Moscow at the Holland embassy, the two Siamese cats who lived there kept meowing and clawing at the wall of the building. Their owners finally investigated, thinking there must be mice back there. Instead, they discovered microphones that had been hidden by Russian spies. The cats heard the microphones when they turned on.

Perhaps our government should hire some cats to help warn us of danger.