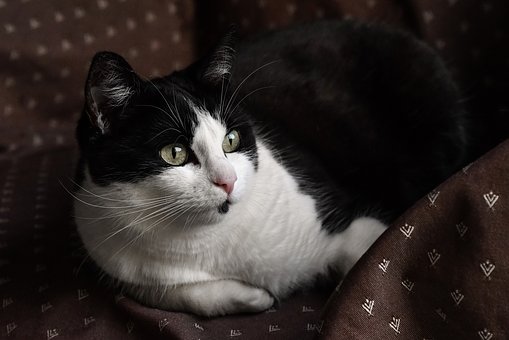 Humans have attempted to understand cat behavior since ancient times. Observation can be a great teacher at times. Here are some quotes about cats that I found in a charming book called Cat’s Journal, featuring drawings by artist Susan Powers. These quotes illustrate well some characteristics of cats. Here are several of them:

When the cat and mouse agree, the grocer is ruined.

Since the days of ancient Egypt, cats have been of great value to any who had stores of grain or corn. The cats were essential partners, as they caught the rodents who would eat the stored food. Cat and mouse must remain predator and prey. Agreements are not allowed.

The Chinese can tell time in the eyes of a cat

Cats have a built-in sense of time. They don’t need wrist watches. They have an inner timekeeper so they can stay on schedule. They certainly know when it is meal-time, and will alert you if you should forget. They are reliable alarm clocks in the morning. They know what time you return home from work. My cat, Carlos, was almost always waiting for me on my front step when I came home. Once you and your cat have established a schedule, your cat will hold you to it.

When you notice a cat in profound meditation

The reason, I tell you, is always the same.

His mind is engaged in a rapt contemplation

T.S. Eliot: The Naming of Cats

I got Carlos from the animal shelter in Kodiak, Alaska. The shelter folks called him “Brother Earl.” I

am convinced the cat felt the name to be beneath his dignity. He was a kingly cat and deserved a royal name. When I named him Carlos, he seemed to like the name, and responded to it from our first days together. Perhaps he told me telepathically to call him Carlos, as he felt the name fit him. King Carlos was a suitable title.

When I first got my wood stove, I was concerned that Carlos would jump up and sit on top of it, as he loved heat. However, the cat had a great deal of sense. I don’t think he ever jumped on it when it was lit, but once I had a fire in it, he loved to sleep in front of it. I have seen him sniff it carefully, and he must have gotten the “hot” message, because he never tried to sit on top.

I did witness a cat jump on a hot stove one time, but he certainly didn’t stay there long. Undoubtedly, he didn’t try the same thing again. Cats learn their lessons quickly.

I gave an order to the cat, and the cat gave it to its tail.

No, you can’t order a cat around. You can make a request, and if your cat decides the request is valid, he will fulfill it. My Carlos cat felt he was the Captain in charge of all, and I was First Mate, a position earned by his acceptance of me. With my cats, if I gave orders or made rules, they would comply if I were present, but when I was gone, all bets were off. The cats did as they pleased.

Here to sit by me

Swinburne: To a Cat

Condescending – a good word for cats at certain times. I think they often do as we wish just to make us happy, but not necessarily because they think our ideas are all that good. They seem to think about our requests, and if they decide the request is valid, they will cooperate.

We have learned a lot about cats, but the feline mind is still somewhat of a mystery. Cats are full of surprises, and that is part of their charm.

However, we must remember that we are in the presence of a royal cat personage, and should be pleased that the cat chooses to grace us with his presence.

Dogs come when they are called; cats take a message and get back to you.

Cats can be trained to come when they are called – at least, most of the time. If they are busy with a project that they feel is very important, they will take a message and come when they are ready. If they are at a crucial point in a hunt, for example, they will put your message on “hold.” They seem to consider our request for their presence, and make the decision to comply or not. However, if you have a good relationship with your cat, he will usually come when you call.

Watch the bins for thieving rats

Whisker and claw, they crouch in the night,

Jekkel, and Jessup, and one-eyed Jill

Again, the cat’s great value to humans is their ability to slay vermin that would destroy the food supply. In older times, cats regularly worked for their keep. In present times, we often keep a cat for companionship. They can be very good company, and can give affection to the humans they own. Have you noticed that, given the opportunity, the cat often choses his family? Therefore, in the cat’s view of things, he owns us, rather than the other way around. If we are chosen, we should feel privileged – after all, the cat is royalty.

The cat is the only animal which accepts the comforts but rejects the bondage of domesticity.

Yes, a kitty likes his comforts. A warm, soft bed, a cozy house, good food, and affection freely given – these are all important to the cat when choosing his home. Your cat will love you, try to protect you, and interact freely with you and your friends, but he will never be your slave. A cat is a free spirit, and does not relinquish that freedom just because he is domesticated.

This quote is the perfect one for  my website, “The Literate Cat.” Cats love to lie on books, or music, especially when you are trying to play it, on papers you are trying to read or work on, or on your lap, even though you want to get out of your chair.

I have read to my cats. They seem fascinated, and purr at the attention. I think if they could learn English, they might be avid readers, especially of books about cats.

It is a very inconvenient habit of kittens (Alice had once made the remark) that, whatever you say to them, they always purr.

The purr is so ingenuous. It was a clever creator who gave cats their purr. There is something so soothing about the sound, reassuring that life is going along okay.

Recent research has shown that cats purr, not only when they are content, but also if they are not feeling well. It is believed that their purr helps with healing. It has a calming, relaxing effect, rather like a form of meditation. Purring is a force for good. Perhaps we would be better off if we could also learn to purr.

It might take you a lifetime to understand cat behavior, and just when you think you have that rascally animal figured out, he will do something else that totally surprises you. You might as well just relax, laugh at his antics, and enjoy his company.

6 thoughts on “Quotes to Help You Understand Cat Behavior”