Welcome, two-legged readers! It’s Lucinda the literate cat with my newest post. In this issue, I present a summary of the book, Old Yeller.

My attitude about dogs is a bit colored by my experience with them, but I try to review dog stories with an open mind. After all, I have cat friends who are very close to the dogs in their household.

I do realize that many dogs have excellent qualities. I am afraid, though, much as I admire the dog in this story, I would not like to meet him. He is too much a hunter, and would certainly chase me, and if he caught me, he might harm me. I will read about him, but am not interested in a personal meeting with such a dog.

It seems to me that this book has two themes. One is about the dog, his adventures, and how he bonds with the boy, Travis. The other theme tells about the boy crossing the line from being a boy to being a man.

In the story, set in the 1860s in Texas, the relationship between the Coates family members is described. Travis, the 14-year-old son, is a central character, along with a stray dog whose name is Old Yeller.

The dog got his name from his dingy yellow coat and from the fact that when he barks, he sounds more like he is yelling, rather than barking.

The father in the Coates family, Jim, is leaving for Kansas on a cattle drive. He tells Travis that he is now the man of the household until Jim returns.

I had to look up cattle drive, and learned that in the old days, men and worker dogs herded large groups of cattle across country to big corralled areas, where they were sold.

Cattle are herd animals. Thus, they can be formed into large groups and driven for long distances. They tend to band together, rather than being solitary, and when they all move together, one animal becomes the leader. The herd follows the leader.

Have you heard a saying, “Like herding cats?” It is a saying that denotes an impossible action. Why can’t you herd cats? Because each cat is a leader and would not be happy if one cat tried to lead all the others.

Therefore, no danger of us ever being herded.

When Travis’s father leaves, he tells his son to take responsibility and to make sacrifices for the good of the family. He says that if Travis proves himself worthy of being called a man, his dad will give him a man’s horse. 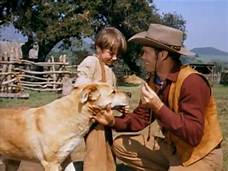 I think many cats do not understand the role that aging plays in the stories of our lives. The same is true for a dog, whose life is much shorter than that of his two-legged.

Travis, being a two-legged, is just coming into maturity at age 14. A cat, on the other hand, would be about a year old to reach the equivalent of 14 years old. Cat years compared to dog years are roughly similar, though the dog may age faster due to his size and weight.

It is hard for us to understand that we are at different stages of development than our two-leggeds. Your lives are so complicated that you have to have several years to learn what you need to know to function in your word. Our lives are much simpler, and we learn all our survival skills from our mothers.

Personally, I believe that’s why cats sleep so much. We age so much faster that we take many naps during one of your days, just to keep up with our bodies’ aging.

Now, back to the story. Travis’s relationship with the dog, Old Yeller, becomes the focus of this book. At first, Travis thinks the dog, a stray who has left his owner, is a nuisance. In fact, the boy actively despises the dog.

Their first meeting is unfortunate. Jim, the father, is gone, and Yeller steals and devours a piece of meet that was to be the Coates family’s supper.

Yeller continues to cause trouble, and only the younger brother, Arliss, loves the dog. He keeps Yeller from being banned from the household. 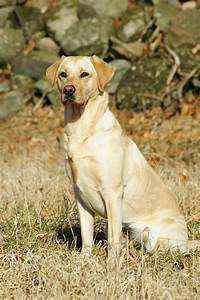 Travis’s opinion of the dog is changed when Yeller shows heroism and a protective nature. Arliss, who loves collecting wild creatures, grabs a bear cub in the forest. Of course, the mother bear confronts the boy.

Though Travis sees what is happening, he is too far away to help. Then Yeller sprints through the trees, accosts the bear, and Arliss and Travis get a chance to escape. Once the boys are safe, the dog returns home.

Dogs have an advantage here over us cats. They are bigger and more capable of winning a fight with a large animal. We cats have been known to take on a bigger creature successfully, but we tend to avoid such confrontations.

I do remember a story about a cat who saved a very young child from an attacking dog (obviously not an Old Yeller type of creature.) My CCL told me she had seen a video of it.

This dog came in the yard and attacked a small child, grabbing his arm in its mouth. The cat was watching from under the porch, and when the dog grabbed the child, the cat raced out there and attacked the dog, effectively sending it running home.

I have even heard of instances where a cat chased a black bear out of the yard. I just want you to know that we help with defense whenever we can, but because the dog is so much bigger, he can deal with such incidents more successfully.

Cats, on the other hand, are more apt to weigh the options, and to try to figure out if they can act in a helpful way, or if they stand no chance and therefore had better stay clear of the confrontations.

In the story, after Yeller chases off the bear, Travis realizes two things: How much he loves his brother, and how much he cares for the dog as well. At last, they have bonded!

Now Yeller helps the family with other problems, including improving Travis’s hunting prowess, by going out with him to hunt. The dog also protects the family from other dangerous animals.

Goodness, where does this dog find so many wild animals to hunt? He must be especially skilled at sniffing them out. Perhaps, since the story took place a long time ago, there were more wild animals around. I am sure Yeller 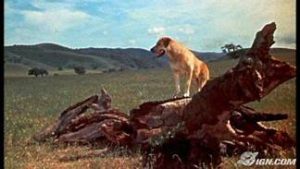 could help Travis to find them, as the dog obviously had a skill for sniffing out wild game.

Old Yeller tried the new bond between himself and Travis when it was discovered that he was stealing food from nearby ranches. That night, after learning of the food theft, Travis keeps the dog in the house all night, even though he wants out.

Then they get two pieces of startling news. Travis hears that the dread disease, rabies, has spread through the area. They also learn that the neighbor’s granddaughter, Lizbeth, has a dog that will soon have a litter of Yeller’s pups.

Soon after, Old Yeller’s former owner meets the family and asks about the dog. After seeing the relationship the family has with the dog, he gives Yeller to them in exchange for a home-cooked meal.

Before he leaves, he warns the family that many animals in the area are being infected by rabies. He warns them to be sure Old Yeller isn’t one of them.

I looked up the disease, rabies, as I knew nothing about it. It is a virus that can affect a dog’s brain and spinal column. Once symptoms appear, the disease results ultimately in death.

A friendly dog can become irritable or aggressive. He can pass on the illness if he bites. He will eventually develop paralysis of various parts of his body. Other signs include loss of appetite, weakness, seizures, and sudden death. Not a fun illness.

Then, at the end of the novel, disaster strikes. A rabid wolf attacks the Coates family, and again Old Yeller’s bravery saves them. However, Old Yeller is bitten by the wolf and becomes infected with rabies.

Travis knows that the dog must be killed before he becomes fully rabid and does harm to the family. Besides, he needs to be relieved of his suffering. Travis takes on the sad task of killing the dog with his hunting rifle. He is heartbroken, but knows it must be done.

A ray of happiness lifts the gloom a bit, as the circle of life continues and helps with healing. Lizbeth gives Travis one of Yeller’s puppies. This puppy almost instantly shows characteristics shared with his father. He causes trouble in ways that endear him to Travis and Arliss, as they are reminders of Old Yeller.

The father, Jim, comes home and gives Travis the promised horse, as he has shown strength and maturity in his 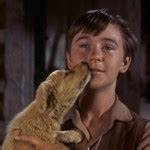 father’s absence. The book ends with Travis knowing he can ride out to hunt on his new horse and his new dog will follow right behind.

It is very sad that Old Yeller, the hero dog, has to die, but I do approve of the book’s ending. We cats know our share of sadness, but it is our practice not to dwell on such unhappy things. We have our grieving periods, but we recover, put those times behind us, and live in the happiness of the moment.

The book ends happily, and we can see the new way of things creating a brighter picture after a painful loss. More books should point in the direction of restored happiness.

If you would like to buy a copy of this book, you can purchase it here.  Just click on the image of the book or on the blue highlighted title, and you will be taken to  Amazon, where you can purchase it. Please note that as an Amazon associate, I wil receive a small commission for your purchase.

let us know what you thought of the story.