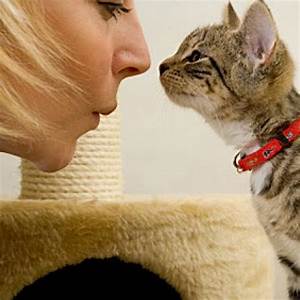 Of course, I’m a bit prejudiced, because I do love cats very much. I don’t need good reasons — I just need to keep a cat nearby. While looking for post ideas, I found a post on mentalfloss.com that listed ten good reasons for owning a cat. In case any of you need persuaded, read on.

First of all, did you realize that owning a cat is better for the environment? In a study done in 2009, researchers found that feeding a dog left the same eco-footprint as a land rover. Cats only leave the approximate footprint of a small hatchback.

Cats will help you cope. When you lose a love one, cats have been shown to help people get over their loss more quickly. They help people through pain symptoms, such as crying. Though small animals, they serve as a social spirit when times are difficult.

You can talk to your cat and work out your feelings. Sometimes that is easier with an animal because it doesn’t talk back. The animal is also non-judging.

A cat can help you find a significant other. A British poll found that 82% of women were more attracted to men

with animals. If you guys own a cat, 90% of single women say you are nicer than other men. List your cat on your dating profile online to get more responses.

In 2010, the University of Bristol, a British school, did a survey of pet owners and found that people who owned cats were more likely to have a university degree.

A 2014 researcher in Wisconsin surveyed 600 college students and found that cat owners were more intelligent. The reason was probably because smarter people tend to work longer hours, and cats, requiring less attention than dogs, were a better choice.

Your heart will be healthier if you own a pet. Cats in particular lower your stress level, and therefore lower the amount of anxiety in your life. Pet your cat, as that has a special calming effect.

A study done over a 10-year period found that cat owners were 30% less likely to die of a heart attack or stroke.

Fulfill your need for companionship. A cat can be just as good a companion as a dog, especially for women. In 2003, an Austrian study found that having a cat in the house had the same emotional equivalent as having a significant other.

Cats remember kindness and return the favor later. I just experienced this last Friday. I brought home a 13-year-old cat from a shelter, to give him a few good years in a real home. The day I brought him home, after he’d explored, he followed me around for the rest of the day. When I sat down, he would sit down next to me and purr continuously. He did that all day. I think it was his way of saying “thank you.”

Cats have learned how to get you to do what they want. They have a sound that is half purr and half the noise a baby makes. Our brains are programmed to respond to a child’s distress cry, so we tend to respond to the cat in that way as well.

You can tell a lot about someone’s personality by the pet he chooses. Cat owners are not necessarily the life of the party, but tend to be quieter and more introverted.

Cat owners also tend to be more trustworthy and more trusting of other people. They are also less manipulative and more modest. After all, the cat is a great manipulator, so his human doesn’t need that skill.

UK studies and polls have found that people, and especially women, sleep better with their cats than with their partners. In fact, they report that they prefer to sleep with their cats.

At the Mayo Clinic Center for Sleep, researchers report that, in a recent study, 41% reported they sleep better because of their pet. Only 20% said it led to disturbed sleep.

In 2002, the National Institute of Health released a study that said if you are pregnant, it’s time to get a cat. They found that children under a year old who were around a cat were less likely to develop allergies, and not just pet allergies.

Dr. Marshall Plant, who is the chief of the allergy mechanisms section of the National Institute of Allergies and Infectious Disease, said the following: “The pet exposure early in life appears to protect against not only pet allergy but also other types of common allergies, such as dust mites, ragweed and grass.”

Though the cat parasite, Toxoplasma gondii, is a threat to young children, if you clean your cat’s litter box every day and keep your cat indoors, you should be

A cat can literally save your life. Though they have a reputation of being aloof and not caring about humans, they have saved countless lives over the years.

In the book by Ashley Morgan, Super Cats:  True Tales of Extraordinary Felines, you can read 91 stories of cats who did extraordinary things. Lucinda, my literate cat who writes my book reviews, wrote about this book in a recent post. Go to this link to get more detail on this book.

Some examples: A cat in the UK warned her human when he was about to have an epileptic seizure. A Montana cat woke up his two humans because a gas system had started to leak. Firefighters later told the people that the house could have exploded if the cat hadn’t intervened in time.

Simon the Cat on the HMS Amethyst was on board when a shell hit the ship. Several marines were killed and Simon was severely injured. Simon’s wounds were attended to, and in spite of his injury, the cat started catching rats that threatened the food supply. He also provided moral support for the survivors.

Not long after the ship returned to the UK, Simon died. He was posthumously awarded the UK’s Dickin Medal, an animal version of the Victoria Cross, for “behavior of the highest order.” I think it wonderful that the cat was recognized with this honor.

I do believe that cats should be the subject of many more studies in the future. In my reading and research, I am constantly amazed at the notable things cats have done to help us out over the years. I think perhaps we have not fully recognized their value to us humans.

Please leave a comment below, and tell us how you feel about cats.  Let us know how they have impacted your life.