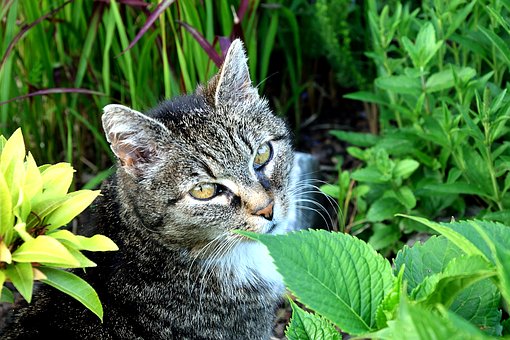 There has been a goodly amount of research done on cats, and how owning one (or being owned by one?) can help improve your health. I liked an article that I found in mentalfloss.com which listed 10 scientific benefits you may gain by being a cat owner. Yes, there is definitely a connection between cats and your health.

Here are the 10 scientific benefits:

1) If you own a cat, you are creating a benefit to the environment

It’s all about the carbon footprint they leave. The resources needed to feed a dog over his lifetime creates the same eco-footprint, believe it or not, as that of a land cruiser. With cats, however, the carbon footprint is much smaller, only being the size of a small hatchback.

2) If you are stressed, let your cat help you cope

Owning a pet is one of the best ways to help you cope with the loss of a loved one. It has been noted that, after a loss of one you love, the cat can help you get over that loss more quickly. You will show less of the physical symptoms of pain, such as crying 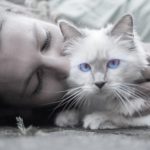 They can serve as your counselor when times are difficult. A person in mourning often finds it comforting to talk to a pet to work out feelings. It is often easier to talk to a creature who won’t answer you, but will just listen. The animal won’t judge you as might be the case with another human.

3) If you are a man and looking for that perfect woman, you will have a better chance of finding her if you have a pet.

It was agreed by 82% of women in a poll that they are more likely to be attracted to a man who likes animals. And, as for cats, 90% of the women said that a guy who owned a cat is “nicer” than other guys.

4) If you are a cat owner, more than likely you are pretty smart.

In a study done in 2014 in Wisconsin. 600 college students were surveyed. This study showed that cat owners were more intelligent. They were smarter people who could work longer hours, as a cat required less attention than a dog.

5) Your heart will be healthier 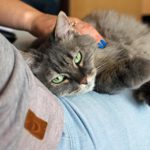 Cats in particular can lower your stress level. They will also help lower the amount of anxiety in your life. When you pet the cat, this action has a calming effect. In one study it was found that, over a 10-year period, cat owners were 30% less likely to die of a heart attack or a stroke, so keep petting that cat and enjoying its purr.

6) If you are alone, a cat can fill your need for companionship.

For women especially, cats can be as good a companion as a dog. In a study done in 2003, it was found that having a cat in the house offered the emotional equivalent of having a partner. If you are kind to your cat, the animal will remember, and will return that favor later, when you most need it.

Some cats have learned to make a sound that is half purr and half howl. This sound can bring you to their side right away, as it sounds remarkably like a baby crying. Since we are programmed to respond to stress, we can’t ignore the cat.

7) Owning a cat can tell you (and others) a great deal about your personality.

At a gathering, dog owners seem to be the life of the party, while cat owners tend to be quieter and more introverted. However, you will find that the cat owner is very trustworthy. Also this person tends to trust others. Cat owners are less manipulative and more modest.

8) The cat will help you to improve your sleeping habits.

Now, don’t let this alarm you, guys, but in several studies and polls done in the UK, they’ve discovered that people, and women especially, prefer to sleep with their cats rather than their human partner. They also report that they sleep better with a cat than with a 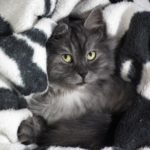 Then, the Mayo Clinic did a study recently. They found that 41% of the people in that study said that they slept better because of their pet. However, 20% of the people polled said that sleeping with a pet led to other disturbances.

9) If you own a cat, you will have fewer allergies.

The National Institute of Health released a study in 2002 that found that if a child were under a year old and were around a cat, he would be less likely to develop allergies later. It wasn’t just pet allergies that were lessened, but all other common allergies as well.

Malcolm Plant, MD, chief of the Allergic Mechanisms section of the National Institute of Allergy and Infectious Diseases, made a strong statement about pets, allergies, and children. He said that high exposure to pets early in life apparently protects against not only pet allergies, but also other types of common allergies, such as dust mites, ragweed, and grass. 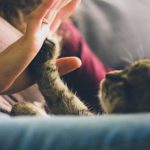 10) It is possible for a cat to save your life.

Over the years, cats have saved countless lives, believe it or not. It is commonly known that they can sense disasters, such as earthquakes or other calamities. Here are some examples: A cat in Montana woke up the two humans in the house whe a gas pipe started leaking. Firefighters told the couple that the house could have exploded, so it was very good that the cat intervened.

The ship’s cat on board the HMS Amethyst was known as Simon the Cat. The ship was sailing up the Yangtze in 1949 when a shell hit the ship. Simon was severely injured and several of the marines were killed. They doctored up the cat as best they could, and despite his injury, he commenced catching rats. As these invaders were threatening the food supply, Simon saved the day.

He also provided the surviving sailors with moral support. Simon did not live long after the ship reached the UK. However, he was posthumously awarded the UK’s Dicken Medal, recognized as the animal version of the Victoria Cross. This medal was awarded for behavior of the highest order.

It is good to know that owning a cat can reduce the risks of both heart attacks and strokes by more than 30%. Having a cat helps to relieve stress and anxiety. As these contribute to heart disease, such relief protects against a heart attack. Blood pressure is lowered and heart rate is reduced.

When you stroke your cat’s fur, this action can lead to the production of oxytocin. This is a hormone that can reduce your stress 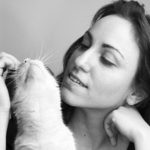 . Also, as cats require less care than a dog, this factor can also lead to stress reduction.

Be glad you have a cat.  The animal will keep you happier and healthier and will possibly help you prolong your life.  The information for this article came from mentalfloss.com.  If you’d like to read the full article, you can click on the highlighted website name, and in the search bar, type “10 scientific benefits from being a cat owner.”

2 thoughts on “Do You Know The Connection Between Cats And Your Health?”