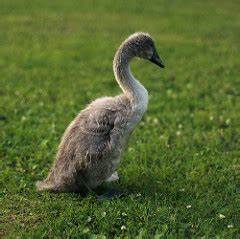 Hello, two-legged readers. It’s Lucinda, with my next book summary/review. This week I will write about “The Ugly Duckling.”

To give you an idea of the challenge I have with reading and writing: I did not know what a duckling was, and had to look it up. I thought it might be some new animal, but the word means “baby duck.” Now I had a better idea of what the story was about.

“The Ugly Duckling,” by Hans Christian Anderson, is a well-known story in children’s literature. After reading it, I can see that it has a powerful message, useful to many.

In the story, a young swan is hatched from an egg in a duck’s nest. When the baby hatched, the others in the brood all noticed that this duckling was different. His markings and color were not like the others that had hatched.

Because he was different, he was humiliated in many ways. He was abused by the others. He ended up not trusting himself. He 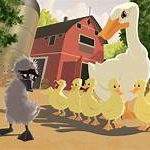 thought he was worthless, so he left the duck family.

Have you ever been criticized or rejected because of your looks? It seems to be true both of two-leggeds and four-leggeds. We often make judgments based on outer appearance. We do not bother to look at the inner virtues of others.

If you are in some way rejected by others because of how you look, you might find it hard to function in a world where nobody understands you. No wonder the poor duckling ran away.

These ducks lived near a house surrounded by meadows and lakes. Their nest was located in some greenery near the water’s edge.

The mother patiently waited for all the eggs to hatch. They all hatched except for the largest egg. An old timer told the mother to forget that egg because it was a turkey. She should leave it because little turkeys cause trouble.

swimming. The mother was then very happy because she knew turkeys could not swim.

The duckling’s upbringing was so different from mine. It is hard for me to imagine our mother urging us into the water right after we were born. For that matter, these creatures were hatched, which involves the mother laying an egg, then sitting on it to keep it warm until it becomes big enough to come out of the shell.

How does it know when it is time to emerge? Does the egg get too small? Maybe you are expected to swim right away if you are hatched from an egg. I am not sure, but will have to research that question further.

As time went by, the other ducklings started picking on their ugly brother. They would nip him, or chase him, or make nasty duck remarks. They even started calling him a freak. 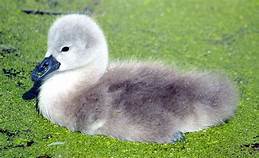 I have seen some examples of this negative behavior, not so much in my own family, because we all got along well. There were issues, however, among our neighbor’s chickens. I used to go to the pen and watch them, as they fascinated me.

There was one chicken that the others didn’t like, for some reason. They would chase her and pull out her feathers. There were sores on her body from being pecked by the others. Unfortunately for her, she could not leave the pen and had to endure the treatment. How sad and terrible.

Unfortunately, I find it easy to see such behavior among the two-leggeds. For some reason many of them seem to be more content if they can criticize someone else.

I think this book is trying to make young two-leggeds aware of this behavior while they are still young enough to change. Perhaps 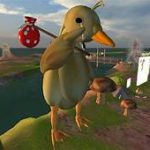 they can be taught not to get involved in such negativity. I am not sure the story has done much good.

The ugly duckling at least had the freedom to run away from the humiliation and suffering. Then he found that it was also hard to deal with loneliness. He got hungry and thirsty, and had to learn how to take care of himself.

He has a dangerous encounter with hunters and dogs, but manages to escape. He returns to the house in the meadow for a time, but the old two-legged woman who lives there is waiting for more ducks to hatch. He runs away again.

The sad story of this poor duckling’s youth makes me think with compassion about how many of my cat cousins are homeless, living on what they can find and trying to avoid the dangers of living with no two-legged sponsor.

No wonder so many of my kind who are homeless work to find a two-legged to their liking. Then they can perhaps charm that one into adopting them and giving them the home they desire. It is a dangerous world out there for a homeless cat.

After a year passes, the duckling looks into the water at his reflection and is astounded to see that he has transformed into the most beautiful swan imaginable. Then, he finally finds happiness after all his troubles. 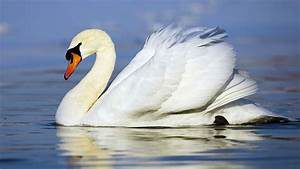 It is interesting that the Merriam-Webster dictionary even has a definition of the phrase, ugly duckling. It means one that appears very unpromising but often has great potential.

That is a definition that I like, as I believe it important that we all believe in ourselves. We may find that we can accomplish much more than we ever thought possible. After all, I have learned to read and write. Maybe I can learn to fly next. Now, that would be most wonderful!

If you would like to purchase a copy of this book, The Ugly Duckling, here is a hard-cover copy that you might enjoy. Click on the book image or on the highlighted title and you will be taken to the place where you can purchase it. Please note:  As an Amazon associate, I may earn a small commission from your purchase.

8 thoughts on “Lucinda Brings Us The Ugly Duckling Summary”