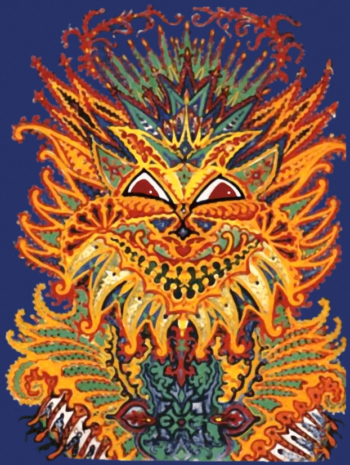 Around the world you will find people who adore their felines. In this post, you will be introduced to just a few of them. Here you will learn about 10 of these famous cat lovers. It’s good to know that cats have found their way into the hearts of many, regardless of their social standing.

Some of these may surprise you, and some you may have already known about. The cat knows no borders and no limits to the places where affection finds its way. It’s always good to know that when we love cats, we are in good company. Here’s the short list:

This Russian ruler loved cats, and gave them official status during her reign as rat catchers. They had their job, to protect artwork and manuscripts from marauding rat troops. According to legend, at one time she let 300 cats loose in the Winter Palace in St. Petersburg to accomplish this task.

The Winter Palace later became known as the State Hermitage Museum of Russia. The place still houses hundreds of cats, as they are needed to protect the artwork from damage. Now promoted to working cats, they received salaries and additional food rations.

Catherine’s favorite breed was the Russian Blue. She treated them like royalty, and even gifted a few of these favored cats to royals from other countries.

The Clinton’s cat, Socks, though not the first cat to occupy the White House, became one of the best-known. He had his picture taken quite often by the world’s press. He spent a great deal of time in the Oval Office, often sitting on the President’s shoulders.

After his stint in the White House, he enjoyed a long retirement, and died in 2009. He reminds me of my cat, Carlos, as the two look a lot alike.

Doris Day, besides being a lover of cats, formed a national, nonprofit organization, The Doris Day Animal Foundation (DDAF), that has one simple focus — to help animals and their loving people.

Ms. Day first focused on finding homes for animals being destroyed because there weren’t enough good homes. Doris even fostered animals in her own home, and her efforts to help these animals over the years have resulted in the rescue of hundreds of animals.

The organization leased kennel space, provided veterinary care, and helped find forever homes for many of the homeless pets that came to their facility. By lending her name and providing help, she saved so many of these animals from destruction.

Ernest Hemingway’s cat collection started with a cat given to him by a ship’s captain in the 1930s. Her name was Snow White (or Snowball) and she had six toes on each foot, thus known as a “polydactyl cat.” She and a few other cats became the start of a cat dynasty.

Though Hemingway is gone, his home, now a historic monument in Florida, remains the domicile for some 40 to 50 polydactyl cats. The number of cats is controlled, as each female is allowed one litter before being spayed.

I, too, now share my home with a polydactyl cat. Though I don’t intend to start a dynasty, I do enjoy my kitty’s company.

This Beatles member has been owned by about 20 cats during his lifetime. Lennon loved cats since his boyhood. His first cat, named by his mother after Elvis Presley, started a trend, as John liked to come up with unusual names for his pets.

It was a surprise when Elvis turned out to be female and had a litter of kittens. That’s certainly one way to add to the collection!

His cat names included Salt and Pepper, and in line with his musical interests, Major and Minor.

The first two cats to live in the White House were Tabby and Dixie, who had the honor of sharing a home with Abraham Lincoln. He gave them fond attention, and became known as well for taking in strays and other cats.

A story states that he once fed his tabby cat at a state dinner. When his wife, Mary, made an objection, he said “If the gold fork was good enough for (former President James) Buchanan, I think it is good enough for my cat.”

Lincoln always found time for his cats. His wife was once quoted as saying that cats were her husband’s only hobby. How lucky for the cats!

Known as the late front man for Queen, Freddy Mercury also loved cats. In his London home, all his cats had their own bedroom, and received treatment that could work well for children. At one time he even had 10 cats in his home.

When he went on tour, he often called home and had conversations with each of his cats. What a caring way of letting them know he thought of them and had not abandoned them.

During his career he even dedicated albums as well as much of his music to these beloved cats. His final days were spent in the company of his special pets. When asked what would happen with his fortune, he said he planned to leave it all to his wife and cats.

Besides being known as the founder of modern nursing, Florence Nightingale loved cats. She once said that “cats possess more sympathy and feeling than human beings.” Over her lifetime, she owned over 60 cats, and even had 17 living with her at one time.

She prepared special meals for her cats, who ate off of china plates. On many of her letters can be seen the footprint “signatures” of her cat companions. Not having many casual friendships, her life revolved around her work and cats.

Nightingale, bedridden for the last two decades of her life, found comfort and solace during this difficult time from her cats. Before she died, she made arrangements for the care of her special kitty friends, ensuring their care once she was gone.

This artist has come to be known, not just for his legendary art, but also for his love of cats. He discovered the charm of cats at a young age, and as his talent developed, the cats sometimes found their way into his art as well.

Cats were Picasso’s companions and his inspiration. His first cat, a Siamese with the name of Minou, cemented this cat-person bond. French for “kitty”, Minou helped shape his life. Picasso felt the cat was there for him when times got tough, thus affirming their bond.

Mark Twain became known by many as a cat lover; in fact, some references tell us that he once gave a home to 19 cats at one time. It became apparent that he often preferred cats over people.

He has written many quotes about cats. One of my favorites is “If man could be crossed with the cat, it would improve man, but it would deteriorate the cat.”

He also said, “I simply can’t resist a cat, particularly a purring one. They are the cleanest, cunningest, and most intelligent things I know, outside of the girl you love, of course.”

He very carefully chose the names for his cats, giving them such names as Apollinaris, Beelzebub, Blatherskite, Buffalo Bill, Tammany, Zoroaster, and Bambino, for example.

When Bambino went missing and no search revealed the cat, Twain advertised in the New York papers to find him. He even offered a reward. This man loved his four-legged friends.

There you have it — a very short list of famous cat lovers. This enumeration could include a lot more names, perhaps some you already know about. If you want to learn about more of these feline fanciers, look it up online and find many more names to add to the list.