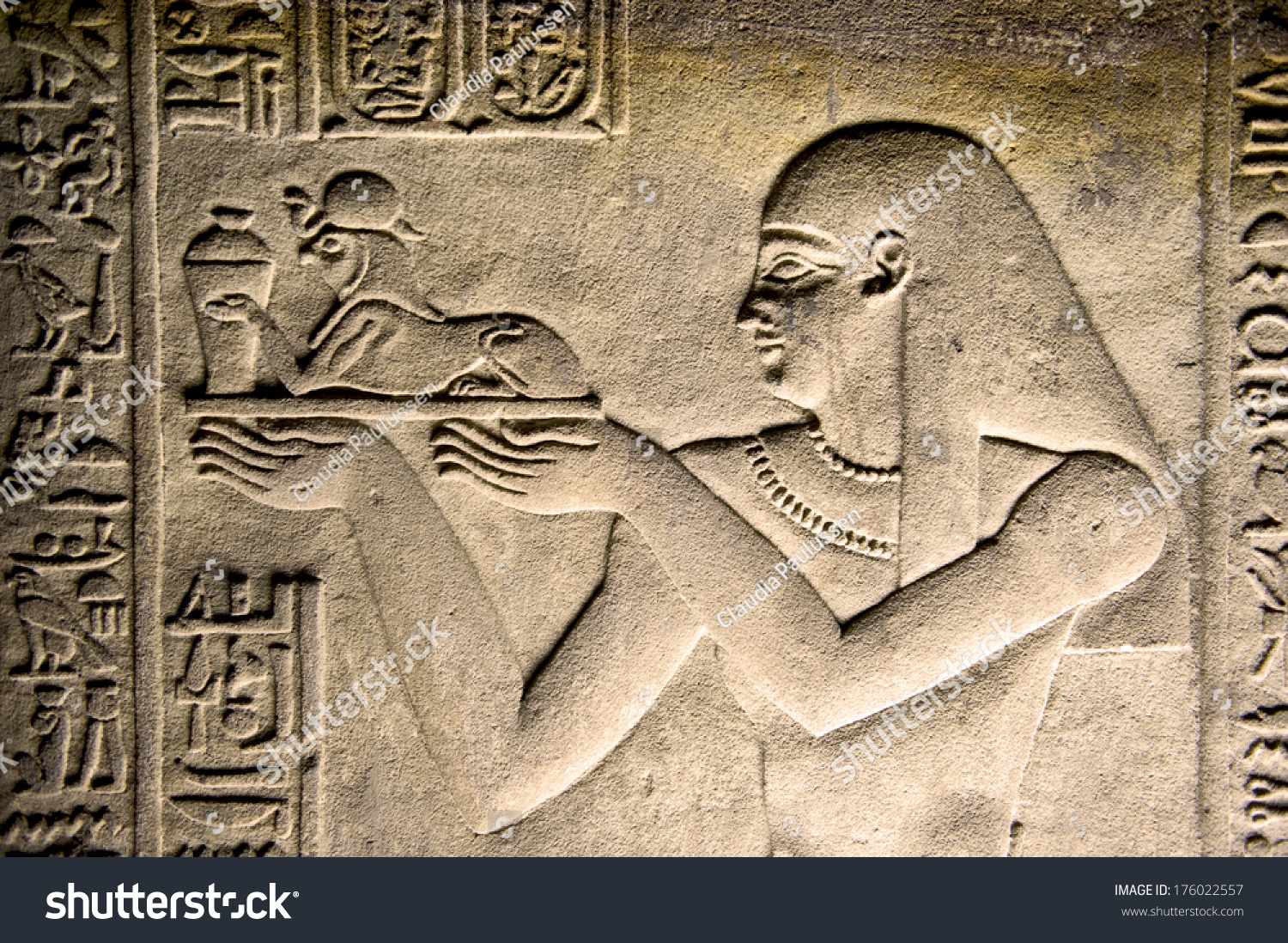 If you have ever noticed that your cat seems to think that he owns you, instead of the other way around, consider this:  The cat is descended from gods and goddesses. Perhaps this is more than we can say for ourselves.  The ancient Egyptian cat goddess, Bastet, could transform from human to cat whenever she pleased.  Consequently, these early people revered their cats and treated them as privileged members of the family.

BY LAW, CATS WERE PROTECTED.

In those times, killing a cat was forbidden by law.   Such an act could be punished by death, even if the killing was accidental.

When the family cat died, the entire family mourned, and shaved off their eyebrows.  Though I don’t understand why people removed their eyebrows to honor the cat, I guess it might have been considered a suitably noticeable form of cat mourning.

As I researched and found many stories about Bastet, I became concerned about the male cats.  Were they revered as well?  When I dug deeper, I found that the Egyptian god Ra, the sun god who created everything, could take the form of a cat if he wished. I stopped worrying about the male cat.  He, too, was descended from the gods and goddesses.  Ra’s cat name was Mau.  It’s easy to

see where that name came from, as it sounds almost like “meow” when spoken.

The early Egyptians stored grain as a crucial food source.These grain storage sites were very popular with mice, rats, and snakes, who would eat and destroy the stored grain.  When the Egyptians found that wild cats would kill these predators, even cobras, they enticed the cats to visit often with treats such as fish heads.  Once the cats grew used to humans, they were invited to share a home and to raise their families there in safety.

The cats became companions as well as providing excellent predator control.  Their antics and affection helped them bond with their new human friends.

Egyptians even hunted with their cats.  Though the concept seems amazing, I can understand how easily it could come about.  I had a cat who loved to walk with me.  Once a small dog trespassed, running up my driveway.  The cat and I advanced toward the dog.  We both yelled at it, trying to get it to go back the way it had come. When the dog would not cooperate, I said to the cat, “Go get him, Carlos.”  At my command, the cat took off at lightning speed after that dog, scaring him sufficiently that he ran for home, never stopping or looking back.

.  In fact, the cat often brought me gifts of animals he had killed, most likely thinking I’d accept the fresh meat as a bit of extra protein for supper.

THE GODDESS BASTET — HALF CAT AND HALF WOMAN

Bastet, or Bast, as she was also called, was honored in much of ancient Egypt from about 1580 B.C.  Worship of this goddess was centered in Northern Egypt at the city of Bubastis.  If your cat died, you could take it to Bubastis to be mummified.  This

mummification was done out of respect for the animal, the same reason humans were mummified.  These mummies were stored in a special consecrated container or were sometimes buried with the owner.

Part of the reason why the cat was so revered was because Ra, in the form of the cat, Mau, defeated and killed the evil serpent, Apep.  It is good to know that male cats had this reason to consider themselves special.  I’d hate to see them left out.

Do you remember the cartoon, “Felix the Cat?”  Or do you recall enjoying the adventures of Sylvester, another comic strip cat?  Their names are both quite apt, as they are derived from the cat’s Latin name, Felis silvestris catus.

The deified Felis was important for several reasons.  Not only did he kill the vermin attacking the grain stores, but also he came to be popular for harboring fertility and fostering motherhood and protection.  As the god Ra, the cat came to represent the benevolent aspects of the sun.

THE CULT OF THE CAT ELEVATED THE CAT TO GREATNESS

The ancient Egyptian cat goddess, Bastet, and Ra, the sun god, promoted the cat to a most important role as a religious movement.  No wonder our cats still consider themselves to be superior beings.  After all, how many of us can claim a god or a goddess in our genealogy?  If you would like to read more on this subject, you will find many articles of interest on the internet.

I have done some searching, and have found something you might find interesting.  If you want a memento commemorating Egyptian cat goddesses, here is a lovely figurine of the cat goddess Bastet.

Done by artist Blake Jensen, this figurine is hand-crafted and hand-painted.  It is part of a limited-edition collection.  You can buy one or you can subscribe for a collection of these wonderful figurines.  This figurine by Mr. Jensen is titled,
Blake Jensen Pharaoh Of The Night Handcrafted Cat Figurine

I hope you enjoyed this small bit of cat history.  I’d love to receive some comments from you.  Let me know how you liked the story, and please ask any questions you may have.  I look forward to hearing from you.