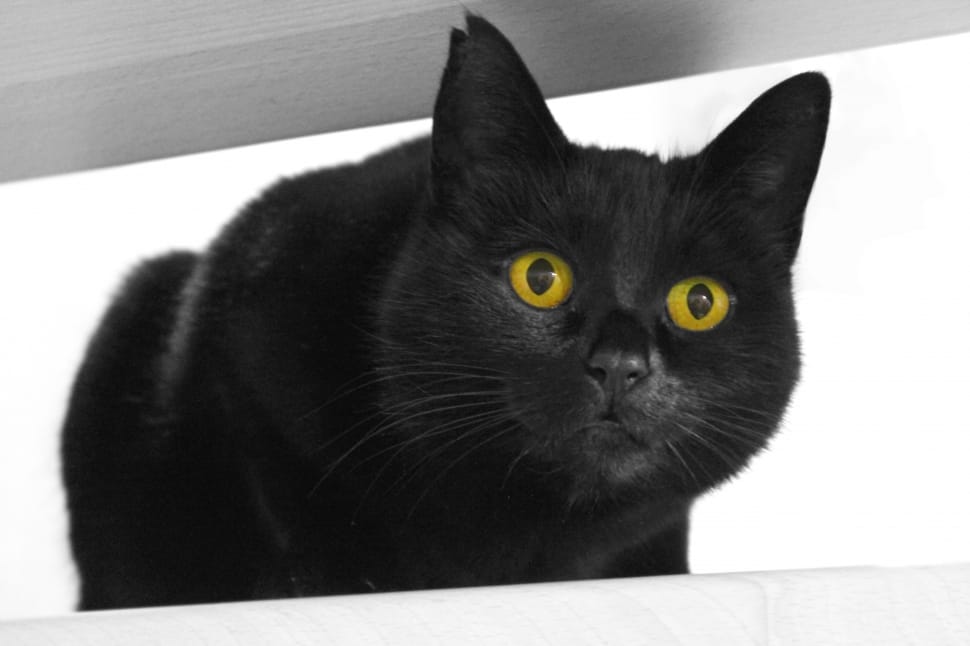 Since I love cats, I answer a lot of questions for Quora about our feline friends. Recently, I answered a query from a woman who could not understand why her daughter was still grieving over a cat who died recently. “After all, it’s just a cat,” she concluded.

Her attitude continues to bother me, because I think too many people feel that way — not just about cats, but about any pet.

Many people think they are so superior to lowly animals, forgetting that we are animals, too. Granted, we’ve made tremendous strides in knowledge and in technology.

However, animals have abilities we only guess at, because still more research needs to be done. Though their lives are simple, their abilities can sometimes surprise you. Simplicity does not necessarily correlate with stupidity.

A Simple Life Is A Good Life

My cat leads a simple life, but he adds so much to mine. Because I am retired and spend a lot of time at home, the cat is most often my companion. We have developed a routine that is comfortable for both of us. Here is a description of a day in the life of my cat.

He sleeps with me. I don’t have a lonely, empty bed, but one warmed by a purring cat. We have perfected our routine to the point that we both get up at the same time in the wee hours for a bathroom break. Then it’s back to bed.

Perhaps because he is an older cat, Pogo does not pressure me to get up when I am still not ready. Instead, by mutual agreement, when I am ready to rise at 7:00 or 7:30, the cat gets up too.

Sometimes after we get up, Pogo will meow a few times. I think these are just “good morning” comments. Once I’m up and moving, Pogo goes into the office and sits in the window. 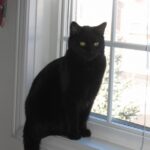 It takes me a little time to get his meal ready, as he is on a special diet that I measure and mix. However, when he hears me opening the can of cat food, he’s all attention. He doesn’t demand; just watches and waits.

It’s a good thing I only have one animal, because Pogo likes to eat his meal in small stages. I feed him in the bedroom because he won’t be disturbed there. He goes in to his food bowl three or four times to eat a little more.

Then, when he slows down, I bring the food out to the living room. That way I can watch to see that he eats everything.

I spend a lot of my time during the day at my computer. I had to put a chair next to mine at the desk so the cat could help me work. It got a bit crowded when he wanted to sit on my lap while I typed. He likes having his own chair.

He spends a lot of time sleeping curled up in that chair. If he’s awake and wants some attention, he’ll reach a paw up and tap my arm. Then it’s my job to scratch his cheeks and give his soft fur a few strokes, while telling him how wonderful he is.

Sometimes he likes to sleep in his cat bed by the heater. He likes to sit right in front of the Toyo to sop up the warmth, so I got him a plush bed that is placed in that spot. Thus, he can warm up and get a good sleep at the same time.

He observes my life, and participates in it when there is opportunity. Unless he is sound asleep, he interacts with me regularly in some way or another. If I talk to him, he will often come running to me, 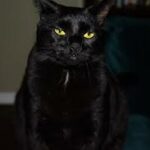 just to acknowledge that I’ve included him in the conversation. Though he can’t talk, he lets me know he is interested.

Sometimes he’s waiting at the door when I come home, but not always. Carlos, my last cat, was always at the door — he knew just where to sit inside the door so it wouldn’t hit him when I opened it.

At lunch-time, Pogo gets a spoonful of food when I eat. Then we have a sweet custom after lunch. I throw a blanket over the bed and say, “Cuddly cat, Pogo.”

He knows that means a little nap together after our meal. At times he will run into the bedroom, or even be there waiting. Then we both get under the covers and he cuddles up next to me, his head and paws on my arm.

After an hour, I get up. Sometimes I can do so without disturbing the cat, but at times he gets up when I do. Our nap together is a tender moment when we simply enjoy the intimacy of a sleep together.

Pogo knows when it is suppertime, and will often come and ask when his meal is coming. He’s very polite; he’ll ask and then wait patiently (a rare trait in a cat) until I get the food ready.

After supper, we might dig in his toy box and find a favorite toy. He loves to chase a piece of colored 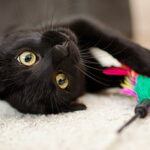 twine, or a bumpy ball that doesn’t roll in a predictable fashion. Sometimes a bit of catnip is in order.

After my work is done for the day, I might read a bit or play a computer game. The cat is content to nap or sit close by, able to keep an eye on me if necessary.

Bed-time is interesting. When I have finished all the evening chores and am ready for bed, I’ll say to him, “I’m going night-night, Pogo.” Then I go to bed.

Once I’ve gone to bed, he checks the house over carefully, uses his scratching post, takes a bathroom break, and then runs around the house, acting frisky.

Sometimes he jumps on the head of the bed and runs across the pillows just above my head, then careens off somewhere. When I get up in the morning, I often find my throw rugs in little piles.

Finally, his burst of wild energy dissipates, and he is ready for bed. He gets on our double bed and tries a couple of spots before he settles, perhaps choosing one spot as a good place to take his evening bath. Then, he usually sleeps on the pillow next to mine, which is good, because then my feet and legs get the rest of the bed.

Basically, that’s his routine. He likes the sameness of it. When I first brought him home from the animal shelter, he seemed quite insecure and clingy, but now he’s adjusted and seems to be a very happy cat.

But “just a cat ?” Hardly. Simple though his life is, just having him living in my house and sharing my life is such a joy. He is what keeps my day filled with love and caring. He needs me to survive, but I need him, too, simply to love me unconditionally.