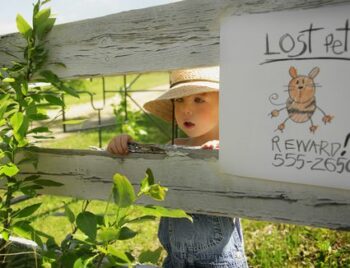 Having lived in Kodiak or nearby Spruce Island for 30+ of my years, I enjoyed a cat story centered in Kodiak. My friend, Georgia, from Ouzinkie on Spruce Island, sent me an email relating the story of Homer the cat.

Homer lived in Kodiak with the Vorholt family. They adopted him when their daughter, Emma, reached five years of age. Homer, supposedly the family cat, bonded immediately with Emma and the two became inseparable.

For the next five years, they enjoyed lots of quality time together. Homer liked to follow Emma around, slept with her every night, and put up with being dressed in doll clothes and perambulating in Emma’s stroller.

Emma’s dad, enlisted in the Coast Guard, received orders in 2008 to move to Texas. Then, three days before they planned to leave on the ferry, the cat, let out for his usual day’s stroll, disappeared.

Ten-year-old Emma searched frantically for him, right up until the time for the ferry’s departure. On one of the days, the rain poured down, as it does so well in Kodiak. That day, in spite of the rain, Emma stayed out the whole day in her raincoat, searching for him. She didn’t want to leave without the cat. She looked in all his favorite spots and at their former houses, but no sign of Homer.

They had to leave Kodiak without the cat. Years passed, and Emma grew up. Finally, she adopted another cat, thinking Homer must be dead. However, she never forgot about him.

Meanwhile, the cat survived somehow. In such cases we do well to remember that a cat has ancestors who lived in the wild, and those inherited instincts do not desert the animal. However, think of the change for the cat to suddenly realize he has no more human partners who will feed and care for him. 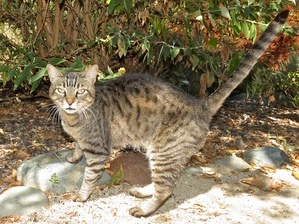 How did Homer survive? Did another family adopt him for a while? Did he simply revert to living as his ancestors did? How did he manage to survive fierce Kodiak winters if he lived outside? It’s too bad animals can’t speak, as they would have some fascinating stories to tell us.

We do know that for the past few months, a Kodiak fisherman had been feeding Homer on his back porch. It was late March 2021, when the fisherman had to go fishing. He dropped the cat off at the local shelter to make sure he received proper care.

A local vet checked Homer and found him to be relatively healthy, though he had some anemia and did not have enough meat on his kitty bones. The shelter manager, Jean Turman, checked to see if he was microchipped.

Yes, he did have a microchip, which included Emma Vorholt’s mother’s cell phone number. Turman called the number and spoke with Emma’s mother.

Emma received several missed calls and a text from her mother. Her reaction: “Oh, gosh, something must be wrong.”

Emma called her mother, who told her to read a Facebook message posted by the Kodiak Animal Shelter, showing a picture of an old, scruffy-looking cat.

“That’s because it is,” her mother said,

Amidst tears of joy, Vorholt called the animal shelter, booked a last-minute flight to Kodiak, and flew there to bring Homer back to his new home in North Carolina. 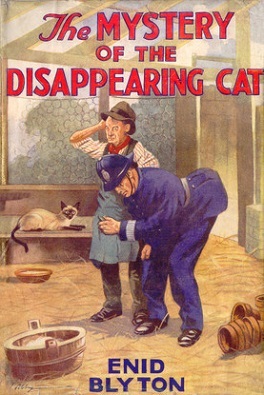 She believed the cat remembered her. When she put her fingers up to the cage, Homer rubbed his back against her hand. After a long, 27-hour trip back to North Carolina, Emma hoped he would become less nervous and skittish.

“Everyone cried during the reunion,” the shelter manager recalls. Vorholt reported that the cat appeared healthy and very much alive. What a reunion, after 13 years apart!

The family and cat originally lived in the Nemitz Housing by Lake Louise in Kodiak. What the cat has done or where he has been since then can only be guessed.

To make things more mysterious, the fisherman who fed him a few months ago lived on Larch Street, a distance of about six miles from Nemitz Housing. Where did he live before finding a fisherman who would feed him? Did he walk all that way to Larch Street, well into the center of town?

Or did he live out in the vast area of wild land that lies between Kodiak and the Coast Guard base? Only the cat knows for sure.

The resilient kitty survived somehow, over the years. Vorholt expressed gratitude to the people of Kodiak who fed him over those many years and thus helped keep him alive.

She said, “It’s amazing to be reminded that people are good, caring and loving. It took the kindness of strangers all these years to keep him alive.”

Such stories do good things to the heart and soul. Realize, though, without that microchip, there would have been no link to Homer’s family. If all pets had the advantage of an identifying microchip, more pets could be reunited with their families. If you need a microchip for your pet, contact your local vet. It’s isn’t too expensive to get one for the animal.

I’m happy to give credit to Sarah Lapidus at the Kodiak Daily Mirror for writing this story for the Mirror. Also, thanks for giving me permission to use the picture of Emma and Homer, reunited at last.

If you would like to learn more about microchips, read my recent post on the subject. Go to https://theliteratecat.com/have-you-asked-what-is-a-microchip-for-pets and get the whole story.