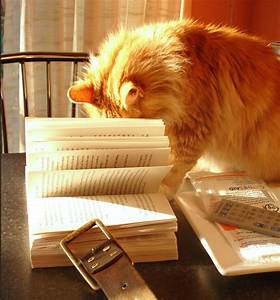 Do cats have memories? How much does your cat remember, and for how long? Research shows that cats have a pretty good memory, so let’s take a look at what investigators have discovered.

In that small kitty brain, is there any room to store memories? Well, apparently there is. Though your cat’s brain is smaller, it is a lot like yours. Just as in a human brain, he has frontal, temporal, occipital and parietal lobes.

Also, as with yours, his brain is made up of white and grey matter. His brain gains information from the same five senses that you also utilize.

There is a theory called the neural combination theory that is the most accepted view of how the cat’s brain works. Your cat has connections between the neurons in his brain. Each of these neurons stores part of a memory. When the cat activates the right combination of neurons, he will recall a memory.

How do we define intelligence? It is the ability to learn from an experience, retain what you learned, 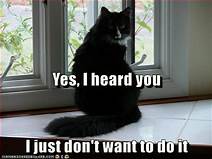 and use it to solve a new problem.

The feline’s brain, though much smaller than ours, has a structure and surface folding that is 90% similar to that in humans. As to the neurons of the cerebral cortex that control thinking, cats have 300 million neurons, or nerve cells. A dog only has 160 million neurons.

Memory relates to how a brain stores, recalls, and reuses information that comes from past experience. A new study shows that cats will recall and use information concerning “what” or “where” from a single experience.

Your cat can learn by observation. Then he can try it on his own. A cat sees you open a cupboard door, and then tries it himself.

I had a cat who wanted out really badly. He watched us open the door by turning the handle. He would get on a chair next to the door, put his front paws on that door handle and try to turn it. He understood how it worked but just couldn’t exert the right kind of muscle-power to get it open.

A cat’s memory and decision-making abilities are about the same as those of a two- or three-year old child. He learns about opening cabinets by watching you. He learned how to hunt and groom himself from watching his mother.

Sometimes cats learn something you’d rather they hadn’t discovered. My cat, Carlos, watched me open the kitchen trash can by pressing on a lever on the top. The first time he observed this action, he stood on his hind legs, put his front paws on the open rim, and looked into the trash can. All sorts of interesting stuff in there! Smells really intrigued him.

I closed the lid. If he could have talked to me, he might have said, “Wait! I wasn’t through investigating!” He pushed the lever with his paw and opened the lid. I closed it again.

He opened it. I chased him off and closed it. A short while later, he came back and again opened the lid. Finally, I put a pile of books on the lid so the lever wouldn’t work. I left it on there for a few days until he forgot about it again.

Here are some interesting facts: In one test involving finding food, the cat’s short-term memory 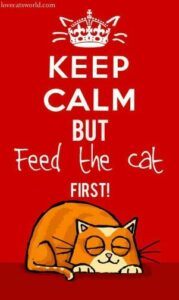 lasted for about 16 hours. Compare that with only five minutes for dogs.

Perhaps you saw the following story in 2015. Kunkush the cat was taken aboard a boat in Greece with his family, who were fleeing violence in Iraq. While in Greece, the cat somehow got separated from the family. The searched for him for hours, but couldn’t find him.

At last, his humans had to go to their final destination, which was somewhere in Europe. Days later, Kunkush was found by Greek fishermen. No one had any idea who he belonged to, or where they were. However, volunteers got together, first to keep him alive, and second, to locate the missing family.

It took months of searching. Finally, they found the family, living in Norway. On a Skype call, Kunkush saw and heard his family for the first time in months. He kept looking behind the computer to see if they were there.

Yes, he remembered, and a joyous reunion soon took place.

What Kind Of Things Does A Cat Remember?

A cat can remember good things and bad things. They can hold a grudge. They can grieve for 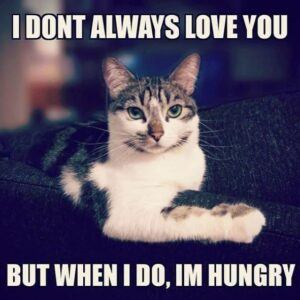 animals who were companions, or for human family members.

Studies have shown that a cat’s long-term memory may last as much as 200 times as long as a dog’s. However, cats are highly selective about what they remember. They seem to recall only what benefits them.

I rescued my old cat from the animal shelter, where he had been for seven and a half months. He used to be friends with the person who took him to the shelter, but when that person visited me a couple of times after I brought the cat home, the cat did a low-to-the-ground slink out of the room and under the bed.

The cat, who is very timid, had been slowly sliding into a health decline since being at the shelter. The place terrified him. For one thing, the dogs at one end of the building never shut up. That in itself caused him continuous fear.

If you don’t think cats can be grateful, think again! That cat was so glad to get out of that place! When I got him home, he followed me around all day, purring. At night he glued himself to me, as if he thought I might disappear.

A Good Use For Short-Term Memory

A cat’s short-term memory can be useful if they have to hunt for their food. If they found the hunting to be good in a particular spot, they will return to that place again.

This “food memory” also sets their internal clock, so when it comes time for you to feed them, they will tell you so for sure. That furry feline alarm clock has no snooze button of a morning, and will 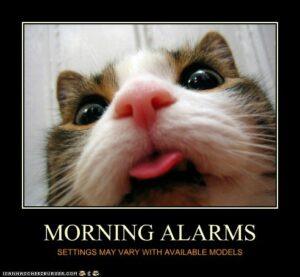 keep sounding until they succeed in getting you out of bed to feed them.

Do Not Underestimate Your Cat’s Intelligence

Cars are among the smartest creatures inhabiting the animal kingdom. It’s a weighted scale when you try to compare them to dogs, because many more studies have been done about dogs than about cats. That information does not transfer to cats, because that’s like comparing apples and oranges.

Often information about cats’ intelligence comes from anecdotal history, related by pet owners. For example, it has been found that cats are able to hold a hidden object in mind and figure out where it might be.

These animals have a superior ability to learn new information, integrate it with information they already hold, and later recall it and use it in another situation. Because of this cognitive ability, they can be given membership into the highly intelligent class of beings.

What About Senior Cats?

As your cat grows older, his brain function will decline. This feline cognitive dysfunction is much like Alzheimer’s in humans. A cat with this condition can become disoriented easily.

He might forget where his litter box is, or what it is for. Thus out-of-box accidents may become more numerous. He might become more anti-social, choosing to spend long periods of time by himself.

You can help slow down this brain deterioration by feeding your kitty foods that are high in antioxidants and omega-3 fatty acids. Such foods will keep the brain healthier.

Never doubt your cat’s ability to learn and remember what he learned. You may be amazed by the things you see him do. After all, he is a pretty extraordinary animal.

6 thoughts on “Do Cats Have Memories?”