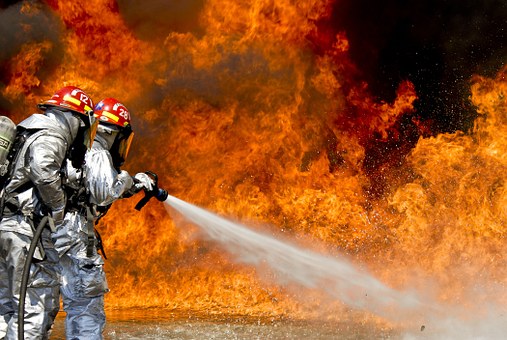 While researching tonight for more ideas for cat posts, I came across a story about the horrible Camp fire in California that started November 8. I wish I’d seen this story sooner, because I would have put it on if I had. As it is, though the information is a bit old, it is possible we could still be of help.

Additional note:  There are a number of stories about these cats on the ‘net.  Some have been reunited with their families.  Some will go to other agencies, and may be available for adoption soon. A number of them will be going to Oregon, and will then be eligible for placement in a new family.

For the record, I researched this article on December 13, 2018. The information is horrific. The Camp fire in California has burned more than 151,000 acres and has destroyed 12,200 structures since it started November 8. As of the writing of the article, at least 79 people were killed and another 699 were missing.

Due to the fire, thousands of humans and their animals have lost their homes. The North Valley Animal Disaster Group just recently posted to Facebook that there are 1,798 animals in emergency shelters.

An overwhelming number of animals need help. Most of the cats have burned paws. Some have singed whiskers, or burns on their ears or faces. Some have suffered from smoke inhalation.

Much of the treatment of these animals has been done at the University of California Davis School of Veterinary Medicine. Both the San Francisco SPCA and the UC Davis school have been involved in the rescue and treatment of animals found and injured in the fire.

The rescuers at UC Davis have established an “unclaimed pets” photo album on Facebook. They have taken photos, and people have sent photos of their animals, if they have them, or, looking at the album, say, “I think that looks like my cat.” The crew says that the really good connections they make helps make the long hours they have spent with these animals worthwhile. Thus far, more than 119,000 people have looked at the album. Thank you, Facebook!

Though some animals have been reunited with their owners, there are many who have not. Trying to find the owners is not an easy task. It is also surmised that some of the pets’ owners may have died in the fire.

A bit of joy comes along with the sadness. One cat, whose owner was a 12-year-old boy named Isaiah, was joyfully reunited with his owner. Isaiah’s mother said that the boy really wanted cats, so he had the responsibility for adoption fees, food, and everything else the cat needed.

This reunion was extremely joyful, as the family lost everything in the fire. They were very happy to recover the cat, whose name is Robin. They are still searching for Robin’s brother, named Batman, who was also lost when the family was fleeing the fire.

Another cat, a calico named Coco, was reunited with Baylee Danz, when she saw the cat’s picture posted in the Facebook album. Coco’s owner says she grew up with the cat for the last 16 years, and was very relieved to be united. Coco was to go home in a week, after her last bandage was removed.

Trina Wood, the Communications Officer at the UC Davis Vet School, said Coco was one of the favorites with the staff, and had been getting lots of attention. They say she was a super-loving cat, and would purr.

Both the San Francisco SPCA and the UC Davis School of Veterinary Medicine have been involved in the rescue and treatment of animals found and injured in the fire.

Facebook says that the “Unclaimed Pets from the Camp Fire” album includes pictures of all the injured, unclaimed pets. Thus far, more than 119,000 people have looked at the album. Thank you, Facebook! 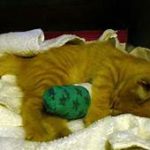 Rescuers still need help to find owners. They ask that folks searching for pets look at the album to see if they recognize their animal among them. If you believe one of the animals is yours, please call 415-554-3030 or email ucdavisvetmed@gmail.com. Provide a photo ID of your missing pet if possible.

Please be patient in waiting for answers to your inquiries, as the work load has been overwhelming.

The medical school says they are not legally permitted to manage adoptions of temporary fosters for these animals. If the owners are unknown, the animals become the property of the county and services in the county they are from.

They will remain hospitalized until they are healthy enough to be returned to the proper authorities. These authorities will be able to foster or adopt them out.

If you would like to contribute to their care, donate here: https://give.ucdavis.edu/go/firecare.

Poor, poor babies! It is so sad to see their pictures. They look sad, as can be imagined. Their faces show not only that they are hurting physically, but that they are also in emotional trauma.  Many of them in the clinics will not purr. The University of California Davis Medical School and the San Francisco SPCA are to be commended for their efforts in trying to heal these sweet kitties and to find their rightful owners.

Perhaps there is still something that we who are cat lovers can do to help these animals. Once they are healthy again and are placed with county authorities, maybe there are folks who would want to adopt one of them and give it a happy home. They have been through such a trauma, and they deserve some loving care.

2 thoughts on “Can We Help These Cats Who Survived The Fire?”