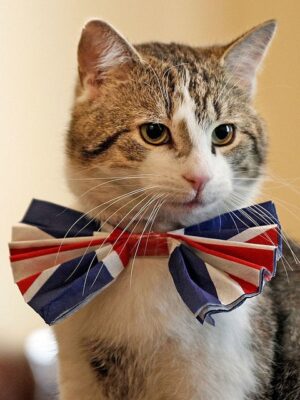 Hello, this is Lucinda, your literate cat. I’ve learned in my reading that if you want to have an argument but you only want your side to be heard, you can have a rant. I’ll try it. Here are your thoughts from a cat for today.

It’s my duty and my privilege as an educated cat — I will rant against cat injustice.

This horrible Covid-19 I keep reading about is not what I want to see in the news. I saw a little item that said that some people were so afraid of getting sick from their pets that they took them to the shelter, or just went out and dumped them somewhere.

I wouldn’t be surprised to learn that there have been a few cat killings brought about by this situation as well. Please, two-leggeds! You are supposed to be so much smarter than we are. Can’t you check out the facts before making such an extreme move?

Besides, I thought we were members of the family. Is that any way to treat a family member?

At least, I saw this positive story on the internet. It came from London. In the story, we are told that a cat may become the newest member of Parliament. 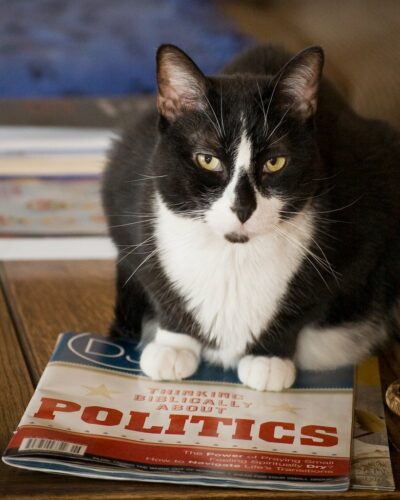 Because an invasion of mice has moved into the dining room and elsewhere in the House of Commons, eight lawmakers backed a motion that the assembly find a parliamentary cat. His job, of course, would be to rid the building of the invaders.

So often we have rescued you two-leggeds, and what do we have to show for it? In my case, not much. A true appreciation of our abilities would be a good start.

Look at how we saved the Egyptians. At least, they were smart enough to make us deities –as well they should! They would have starved if we hadn’t come to their rescue.

Here’s another story I would guess you’ve never heard. In the years shortly before the Black Plague, some of your not-so-bright two-leggeds decided we cats were works of the devil and familiars of witches. As a result, during that period many hundreds of cats were killed.

Then the Black Plague descended, carried by rats. Because the cats were now scarce, the rats multiplied, and carried the disease. You see the connection — we might have saved many lives if we hadn’t been killed. We would have destroyed those rats. You two-leggeds don’t always think too far ahead.

The internet story about Parliament went on to say that perhaps a cat might decide to run for President. Well, that would be nice, but the cat had better hire me to help him translate. My skills might be in demand.

Personally, I can’t see a cat running for President. Cats like their routine, and a peaceful setting. All the arguing that politicians do would probably make the cat very anxious.

Political parties would have to take on new names. I guess we’d have the Democats and the Republicats.

The cat’s platform could be very interesting. He could say, “Tuna in every bowl” and “Fresh fish every Friday,” thus gaining favor with the Pope.

Perhaps we could use our superb hunting skills as a way to move our campaign forward. “Is your home constantly being invaded by an army of mice? Hire a cat mercenary to clear them out for you. Vote for me and I’ll send you a volunteer.”

If I ran for office, I would start a campaign to find homes for more of the shelter cats. They deserve family too. I could call it “No Cat Left Behind.”

On a very serious note, I would like to see better regulation of the ingredients put in some cat food. You two-leggeds insist on knowing everything that’s in your food — shouldn’t we know the same about what is in ours?

For example, if it says “animal by-products,” what are we getting? Road kill? Diseased meat? We need standards too! This issue needs to be addressed. 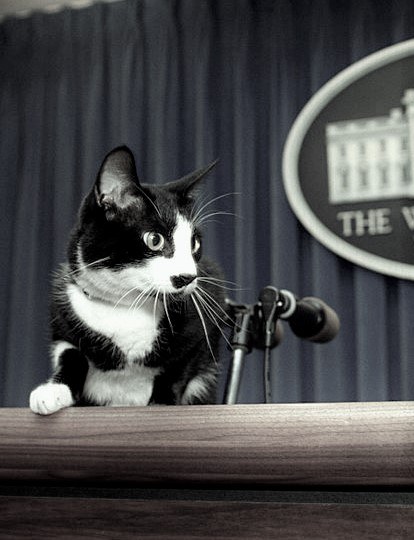 Of course, I’d immediately campaign to outlaw the declawing practice. That is inhumane and cruel. Wouldn’t it be just as easy to learn to clip our claws every month or so? What is wrong with you two-leggeds that you’d sanction destroying our hunting tools for life? May you declawers be overrun with rodents.

Since we have now won the “most popular pet” spot, I’d suggest that my campaign slogan might be “A cat by every hearth” or “Enhance your life with a cat companion.”

I would definitely be behind a bill that offers commendations and cat treats to all cats for their good work in defending your homes. We deserve some recognition here.

So there you have my first rant. I rather enjoyed it, and hope you did, too. If you have suggestions as to other campaign promises I should consider, please enter them in the comments below.

Thank you for reading. Come back to visit again soon.

4 thoughts on “Thoughts From A Cat”