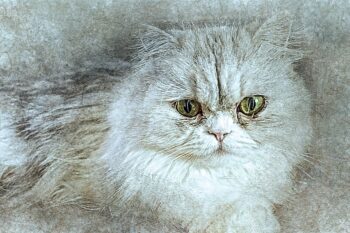 Cats are amazing creatures, and can surprise you with some of the things you learn about them. Here are a few cool cat facts that you might not know. I hope you find these entertaining, and perhaps even educational. These come from an article on factretriever.com, a very interesting site. How many of these cat facts did you know?

Cats sometimes get stuck up a tree where they ran for refuge. Climbing down is a different matter. Cats cannot climb head first down a tree, because every claw on a cat’s paws, front and back, point the same way. Therefore, to get down the cat has to back down.

Have you ever watched a cat chase its prey? It keeps its head level. Dogs and humans tend to bob their heads up and down.

Dogs do have a sweet tooth. Unlike dogs, cats have no interest in sweet things; scientists believe this is due to a mutation which has occurred in a key taste receptor.

Do you have a dog and a cat? Statistics now show that cats are North America’s most popular pet. There are about 73 million cats, while there are only 63 million dogs. Now, over 30% of North American households own a cat.

A cat’s hearing is superior to a dog’s. Also, cats can hear high-frequency sounds up to two octaves higher than a human.

Your cat’s brain is biologically more similar to your human brain than it is to a dog’s. You and your cat have identical regions in your brains that are responsible for emotions.

Do you know why many Siamese cats appear cross-eyed? It’s because the nerves from the left side of

Because of the way these nerves operate, they sometimes cause double vision, and the cat tries to correct this problem by crossing its eyes.

Did you know cats have been cloned? The first commercially cloned pet, a cat named “Little Nicky,”  became one of the most expensive cats ever, as he cost his owner $50,000.

In Italy, in the original story of Cinderella, the cat played the part of the fairy godmother. I’d love to read that first story.

In Japan, it is believed that cats have the power to turn into super spirits when they die. Perhaps this belief comes from the Buddhist religion, as they believe the body of the cat is the temporary resting place for very spiritual people.

Long-haired cats are newcomers in cat history, as they almost all had short hair until 100 years ago. Then it became fashionable to own cats and to experiment with breeding.

Unlike our normal temperature, the normal body temperature of a cat is between 100.5 degrees and 102.5 degrees. The cat is sick when its temperature goes below 100 degrees or above 103 degrees.

If you want to “fingerprint” your cat, you’d take the print from its nose pad. The kitty’s nose pad is

ridged with a pattern unique to that cat.

Here are some foods you should not feed your cat: onions, garlic, green tomatoes, raw potatoes, chocolate, grapes, and raisins. Milk, while not toxic, can cause your cat an upset stomach and gas. Tylenol and aspirin are extremely toxic to cats, as well as many common houseplants. (You can obtain a full list of these on the ASPCA site.) Also, feeding a cat with dog food or canned tuna that’s meant for humans can cause malnutrition.

Your cat can alert you to natural disasters, as they are extremely sensitive to vibrations. It is said that a cat can detect earthquake tremors 10 or 15 minutes before we humans can.

Though dog domestication has been through some major changes during their domestication process, cats have changed very little. When we started breeding for colors, long hair, and other factors, we caused changes in cats, but their basic makeup is still much the same as their wild ancestors.

Do you know what causes color change in Siamese kittens? It depends on their body temperature. Siamese cats carry albino genes, but these work only when the body temperature is above 98 degrees F. If kittens are left in a very warm room, their distinctive points won’t darken and they will remain a creamy white color.

Cats can alert humans to all sorts of things that we wouldn’t notice if it were left up to us. In Moscow, Russia, the Holland embassy had two Siamese cats. These two kept meowing and clawing at the walls of the building. When their owners finally investigated, expecting to find mice, they discovered microphones hidden by Russian spies. When the microphones turned on, the cats heard them.

Have you noticed that your cat’s claws on back paws aren’t as sharp as the claws on the front? That’s because the back claws will not retract and consequently become worn.

As long as I’ve been interested in cats, I find there is always one more thing to learn. It’s fun to find out something new about our wonderful furry friends.

4 thoughts on “Some Cool Cat Facts For Your Enjoyment”