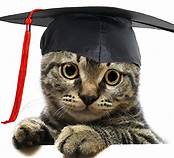 “Maybe it’s the time of the cat,” says Adam Miklosi. He has been working with dogs for 25 years, and says it is getting harder and harder to find something new and stimulating to do with them. He states that cats are still exciting. 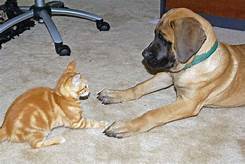 Dogs have been part of countless studies on canine social cognition. Brian Hare and Adam Miklosi have participated in so many published studies, their actions sparked a canine recognition revolution. These studies helped confirm that domesticated animals such as dogs were worthy of notice.

Some results of these studies: Dogs can recognize emotion in people’s faces, understand components of human speech, and may even have a sense of fairness and ethics. These abilities have undoubtedly helped turn canines into loyal, trusted companions and has enabled them to perform socially complex tasks.

But what about cats? By 2004, researchers had published more than two dozen papers on canine social cognition, but none on felines. Miklosi says, “We know more about how wolves think.”

Miklosi tried to change this trend himself in 2005. He and colleagues started a pointing test in a human’s home. It had been found that dogs could pass the pointing test quite well.

For this test, two overturned bowls are placed on the floor. When the pet owner points to one of the bowls, the animal has to go to it, to pass the test.

The test works very well with dogs. When the team tried it with cats, it also worked. Krystin Vitale, who studies the feline mind at Oregon State University, tried the test with her cat, Carl, who went immediately to the bowl she was pointing to.

Score the first round for the cat. 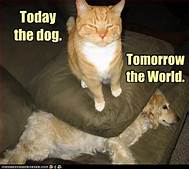 Because cats descended from antisocial ancestors, the belief was that the cat could not pass the pointing test. However, Carl has proved that idea wrong. Now a small and growing number of studies show that cats can match dogs in many tests of social smarts. Perhaps such work could transform the image of cats as wild animals into best friends.

In 2005, Hare and Miklosi set up their first study to compare directly how cats and dogs communicate with people. The cats did just as well as the dogs. However, the cats offered a frustrating problem.

The animal simply “dropped out” of the study, and either stopped paying attention or simply walked away from the testing site. Miklosi gave up, and nearly a decade passed before more testing began.

Then, at Oregon State, Kristyn Vitale, who runs the cat research program, began some testing. A calico cat named Lyla comes to the lab room with her owner, Clara. Lyla is stressed — she slinks low to the ground, eyes dilated, and freezes when a door in the adjoining hallway slams.

After two minutes, Clara returns and sits cross-legged on the floor. Lyla immediately walks to her owner, rubs against her legs and face, while Clara strokes her. Then, much calmer now, the cat starts to explore the room; bats at a feather toy. 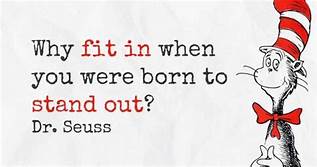 Vitale says, “When the cat begins exploring, people think that’s a sign the cat doesn’t care about the owner. But it’s actually the opposite.” Lyla feels comfortable going off on her own while her human companion is around. Clara, in essence, becomes Lyla’s security blanket.

After she came to Oregon State as a graduate student in 2014, Vitale worked with Monique Udall, an animal behaviorist who had published studies of dogs, wolves, and even bats.

Vitale began to run kitten classes, teaching cats to socialize with strangers and other felines, and to walk on a leash. Her “incentives” included a feather dangling from a plastic rod and a fanny pack loaded with five kinds of treats.

Offering Attention To Cats Is Important

Then, in 2017, Vitale and Udall showed that cats preferred interacting with people over food and toys. They found that cats spend more time with humans who pay attention to them.

In one experiment, Vitale comes in the lab room, where Lyla and Clara are seated. On the floor she places a fan taped with black and white streamers. She turns on the fan and leaves.

As the streamers crackle and move, Lyla crawls to Clara and circles her, as if looking for reassurance. Then, Clara begins to make friends with the fan. She murmurs soothingly, “Oh, what a nice fan!”

Then she says to Lyla, “Don’t you want to see the fan?” Lyla approaches the fan and lies down next to it. Vitale explains that the cat is picking up on Clara’s positive state of mind.

Many cats might look back and forth between the fan and their owner, to try to decide how to respond to the object.

A Surprising And Cute Video Demonstration

I have a cat group on Facebook called “A Clowder of Cat Ladies,” and a friend put a little video on there that demonstrates nicely how a cat can form an opinion based on the way the owner acts.

A woman opens a door, prepared to go from one room to another. When she enters the door, she jumps over an invisible barrier.

Her cat is right behind her. The cat comes to the doorway, starts to step through, then stops and examines the doorway carefully. Then, following the example of her human, she, too, jumps over the invisible barrier. Better safe than sorry.

It is my belief that, because cats tend to bond with few people, and perhaps only one, it makes it harder to test the animal accurately. If a feline and a human bond closely, the cat, I believe, will go through a subtle change in understanding, and will do far better in response to testing if their human is there. 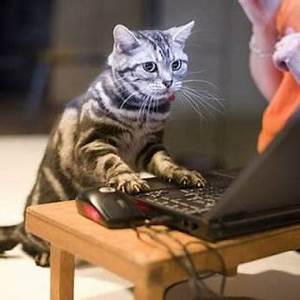 Testing the cat in a family environment such as their home probably proves more effective because the cat is less stressed than it would be in a strange place.

Listen to the stories from elders who have developed a serious bond with their cat. You will hear of cats doing things you had no idea cats could do.

Try it yourself. Spend a lot of time with a cat and give it plenty of attention. You’ll find the attention and love work wonders with the animal, and when they bond with you, then you become the fortunate recipient of unconditional love.

Reference used for this story:

4 thoughts on “Maybe It’s The Time Of The Cat”