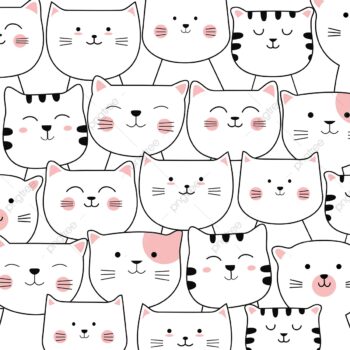 In many ways, our language defines us. The words and idomatic expressions we use tell the world a great deal about us and our beliefs. Cats have had their place in our lives for many hundreds of years, and have done their bit to add to the richness of our speech.

We talk about what we find important. Sometimes an idiomatic phrase about a furry family member can fit perfectly into our conversation. We use these phrases without even thinking about where they came from or how they started.

However, such phrases illustrate the place in our culture occupied by these small animals. Descriptive sayings about cats can cause us to realize that this creature plays an important part in our belief system, and might influence our actions and their outcomes.

So, let’s look at some examples of these sayings about cats. What do they mean, and where did they originate? Do they fit our present society? Do you find yourself using these phrases in your own conversations?

Just for the fun of it, here’s a couple of paragraphs written using descriptive cat phrases. What do you think — do these phrases, often over 100 years old, still apply today?

The young woman knew she had to go out, even though it was raining cats and dogs. She felt weak as a kitten because she recuperated from an illness. She must have looked like something the cat dragged in.

Being a bit of a scaredy-cat, she pussy-footed around the friend she visited, who believed the cat got her tongue because she would not talk. But the young woman did not want to rub her friend the wrong way by letting the cat out of the bag.

And so on. Our conversations are often influenced by such idiomatic expressions. Not only our conversations, but our outlook and beliefs can be affected. We might invent language, but then it takes over and shapes us and our lives.

Do You Believe A Cat Has Nine Lives?

Let’s look at the history of a few of these sayings. For example, where did we get the idea that a cat has nine lives?

This one stems from an old English proverb. It seemed sometimes like a cat could survive anything. The creature could fall off a building from a great height and land on its feet.

Many times avoidance of predators saves them. Often they seem to escape a potentially hazardous situation with no damage. Folks believed them lucky, as they escaped so many dangers. Thus, it was said that they must have nine lives.

How Often Does Curiosity Kill The Cat?

Well, probably not too often, as many cats live to a ripe old age, in feline terms. Perhaps it happens more often with feral cats, though finding evidence to prove it could become quite difficult.

This saying also came originally from another English proverb, warning us against being too inquisitive. At the time of its birth, the saying might have found much evidence in that day and age that showed the truth of the idea.

How Well Can You Keep A Secret?

The saying, “Don’t let the cat out of the bag,” dates all the way back to the 16th century. During that time, thieves would steal goods from someone’s home and put them in a bag to carry them off.

As a thief was often killed for such crimes if caught, he had to keep his secret. If he “let the cat out of the bag” by boasting of his exploits, he could be rewarded with violence by those whose goods he’d stolen.

A Cat Always Lands On His Feet

A fable called “The cat and Venus” forms the basis for this statement. In the story, a cat jumps off a table at just the wrong moment. However, due to his ability to rotate in mid-air, he lands safely.

Such an ability seems quite remarkable. The record belongs to a cat named Sugar, who fell from the window of an apartment on the 19th floor. The cat survived, even though her lungs were bruised; however, she broke no bones. Amazing!

Has The Cat Got Your Tongue?

Of course, we don’t interpret this one literally. It refers to someone who doesn’t respond to a question or simply isn’t talking.

It’s possible this phrase dates back to ancient Egypt, where punishment for a crime could mean your tongue would be cut out and fed to a cat. Ewww! Not a pleasant image! I’m grateful that such punishment isn’t practised today.

The Cat’s Pajamas Refers To Only The Finest

If something encompasses superlative quality, it might be referred to as “the cat’s pajamas.” Only the best can fit this description.

Though the expression was around before the 1920s, it was popularized then by a man named Thomas A. Dorgan. During the flapper era, positivity, creativity, and expressing your enthusiasm about an idea defined the cultural climate.

We cat parents would all agree, I’m sure, that if cats wore pajamas, they would be made from the softest silk.

Here you will find a few sayings that explain themselves. It’s easy to see the idea that brought them to life. Are you familiar with all of these?

Language is a living thing if it is used. Not many of us speak Latin nowadays, so that manner of speaking is unchanging. However, our English language develops as our civilization develops, and defines us in the terms of the day.

We can see by these examples that cats (and it’s true of dogs, too) have contributed to the development and growth of our way of speaking. They represent an important part of our culture, and as such, can enrich our lives.

2 thoughts on “Learn The Origins Of Sayings About Cats”