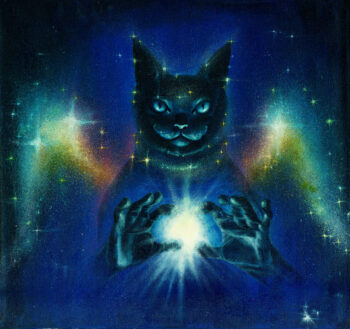 Cats are now rated as the most popular pet in our country. As cats are found practically everywhere in the world. each country has its own unique version of the mythology, history, and symbolism of cats. So, what does the cat symbolize to these people, including us?

What Are Some Cat Symbolisms From Different Cultures?

The Egyptians were among the first cultures that viewed cats as special, god-like creatures. For example, consider the goddess Bastet, who had the ability to turn into a cat.

Cats first gained favor with the Egyptians when the small wild animal cleared the grain-storage silos of destructive pests. Thus, they created popularity with the people, as they saved the food supply from destruction. Soon cats became part of the household, and became revered by their human companions.

In the Egyptian home, cats symbolized fertility and prosperity. If the family lost their cat, they went into a period of mourning for the furry creature.

In ancient Rome, cats made a place for themselves, becoming associated with Diana, goddess of the moon. Because of the cat’s spiritual connection with the moon, those in the know say that during a full moon their intuitive abilities are heightened.

Meanwhile, in Norse mythology, Freya, goddess of fertility, rode in a magical chariot pulled by cats. In Celtic lore, we see a connection between cats and Cerridwen, goddess of knowledge and magic.

In Chinese myth, cats were originally chosen to run the world, instead of people. Cats even received the power of speech. However, the cats much preferred to enjoy life’s pleasures, and did not want to be in charge. They handed the ability to talk over to us.

Interesting…At one time I thought of writing a story about cats being given the ability to speak, but they made so many demands on the humans that Creator finally took back that power. Looks like the Chinese beat me to it.

In both Japan and China, cats became a symbol of luck and good fortune. In Japan, the Maneki-Neko statue of the beckoning cat waves a paw to welcome visitors.

Though in the middle ages the Church sanctioned killing cats, because they were associated with witches, in Islam they received far better treatment. In Islam, they believe cats to be holy animals, revered for their cleanliness. Mohammad himself loved cats and had his own kitty companion.

Can Cats Be Spirit Or Totem Animals?

The purpose of a spirit animal is to act as a spirit guide meant to keep you on the correct path, while teaching some life lessons to help guide you. A totem animal also acts as a spiritual guide, except you only invoke such animals when you need guidance.

If you resonate strongly with cats, or have had some profound experience with one, you may well have found your spirit or totem animal. Individuals who have a cat as a spirit animal tend toward independence, as well as having a strong sense of personal freedom.

You might remember, too, that having a cat totem can supply you with the addition of magic, luck and support to your life. With this totem, you will think before you act, foster your own independence and curiosity, and will apply intelligence in all areas of life.

Have You Heard Of A Book Called “Animal Speak?”

I have this book, written by Ted Andrews. The book covers “the spiritual and magical powers of creatures great and small.” Its chapters cover a wide range of information, and include three dictionaries. These tell us about animal totems, bird totems, and insect totems.

According to the book, if the cat becomes your totem animal, the keynotes of this totem list as mystery, magic, and independence. The cycle of power evolves around the night-time.

Cats become attributed with many traits, often contradictory. They embody curiosity, independence, cleverness, unpredictability, and healing, to name a few.

The book suggests you examine the colors, character, and behavior of your own cat. Everything about the animal will be significant. Any time your cat becomes a predominant part of your life, you can look for magic and mystery to come alive.

What Is The Significance Of A Cat’s Color?

A cat’s coat color has a special significance which relates to what they symbolize. Let’s look at a few colors and learn their meanings:

Despite the common superstition in this country that black cats bring bad luck, the black cat has a much more positive meaning. He actually symbolizes healing. If he crosses your path, it’s a positive omen, suggesting prosperity, success, fertility, good health, and spiritual growth.

Perhaps we have the explanation here as to why I’ve had mostly black cats.

Orange cats, or ginger cats, symbolize adventure. They also evoke masculine energy leadership skills, and financial success. They can lead you to change and the beginning of a new chapter of life.

This color symbolizes intellect. It comes to be associated with the spiritual and psychic realms. Your grey cat also represents harmony and at the same time, uncertainty. It enhances the receipt of spiritual messages.

Brown cats are symbols of stability, wisdom, appreciation for life, and protection. At the same time, the brown cat stands for future good news. Its energies influence home life, and enhance feminity, practicality, and harmony.

As might be expected, white cats symbolize purity and innocence. These cats have connections to the divine realm. If you see a white cat, it relates to the awareness of spiritual energy and personal freedom. It even can connect with psychic abilities.

What Symbolism Can We Find In Dreams About Cats?

In order to interpret such a dream, you need to note the color of the cat, what the cat does in the dream, and the overall feeling you are left with regarding the dream. Though different dreams have different meanings, you might need to be more daring and take more risks.

The following provide you with interpretations of a few of the dreams you might have about cats:

A CAT ATTACKS YOU

This one could stem from anxiety you have because you are not getting along with someone, and you need to resolve the problem to feel peace.

A CAT SCRATCHES YOU

This dream indicates that people in your life go behind your back. It also symbolizes unresolved problems in close relationships, and the need to resolve them.

Such a dream represents your inner child. It’s time to choose a life path, look at where your path leads you, and try new things.

This one is a tribute to your overcoming challenges you’ve faced.

Perhaps you feel stuck in a relationship or a career. You are facing your own inner turmoil, which needs resolution.

Though not a happy dream, it does have an important meaning. The dying cat can symbolize overcoming issues in your life or losing your independence. It might mean you lack confidence or feel stuck in place.

Such a dream symbolizes confidence, and might also have a relationship to intuition and vision. Remember that you can overcome any of life’s obstacles simply by listening to your inner voice.

This one is not a good omen, as it means that you may face harm or danger of some kind in the future. You won’t know the nature of this danger, so be prepared for whatever comes.

Not a fun dream, but yet its meaning reassures. It signifies that you’ve overcome some ill intent of people you face in your waking world. You acquired the ability to brush them off and now move toward success.

The cat in your dream is warning you that someone close to you, either friend or family member, has not been truthful with you. Be watchful!

DOES YOUR CAT OFFER SPIRITUAL PROTECTION?

Are there certain places in your home they avoid, or certain people they stay away from? You’d best pay attention, as the cat might sense spirits, ghosts, and angels. You may have noticed that they have some ability that makes them excellent judges of people.

One of my references lists three signs of evidence that a cat has spiritual meaning. The cat symbolizes the following:

No matter what you believe, you must admit that the cat has something of a mystery about him. He represents our need to retreat within ourselves, take stock of ourselves, and take care of ourselves. In this way, he helps strengthen our ability to complete our spiritual journey.

1 thought on “In Terms Of Spiritual Meaning, What Does The Cat Symbolize?”