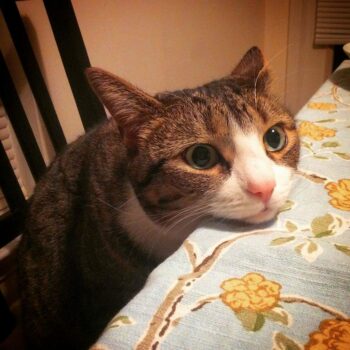 Greetings, two-leggeds, from Lucinda the literate cat. I’m doing something special today. You will have cat behavior explained from the feline perspective.

A couple of days ago, I heard my CCL (Cantankerous Cat Lady) laughing at something, so I went to see what was so funny. She printed off this article from a site called boredpanda.com and gave it to me to read.

The bored panda, huh? I wonder if that panda reads and writes as I can? Perhaps he’s called something like “Billy the bored panda.” If he is a writer, I would like to meet him.

I do understand why she was laughing at that post, as the behavior of these cats seemed rather strange and funny from her point of view. She asked me if I could give a cat’s perspective on these incidents, so I shall try my best to do so.

The post included several little entries about our eating habits. You call us “drama queens” and I can see why. However, look at it from our side of things: We have severely curtailed our practice of hunting for our own food. Instead, we have opted to become dependent on you two-leggeds for food.

We establish an unchanging routine that we live by. When you are late feeding us, you raise a lot of questions and insecurities. Are you really going to care for us, or were we wrong to agree to this arrangement? We have no written contract that says you will always feed us. 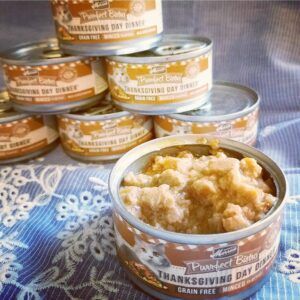 Our schedule has been disrupted — Now what are you going to do about it? We would like you to be more prompt with our meals in the future. I know, I know; we don’t fix your meals. But how hard can it be to fix ours? All you have to do is open a can or a bag and fill our bowls.

Then there was the cat who lived at the vet’s. When his dinner was one-half hour late, he began knocking over empty garbage cans in the hopes of finding some food. This cat has a real anxiety problem. Don’t the veterinary people know his schedule?

Perhaps he spent an earlier period of his life when he didn’t get fed regularly and had to find his own food. He might be just planning ahead to avoid such a problem again. We cats do plot and plan — you’d better believe it!

Well, it took long enough for the cat to make his point that he didn’t want to eat alone. It is so hard being a cat sometimes, because we try to explain but you don’t understand us.

After all, if the cat is part of the family, shouldn’t the whole family be together at mealtime? This cat could also have an irrational fear that he can’t eat his food without having a companion there to protect him. Then he can relax. As you are his protector, he relies on you to do the job.

There’s a story about a cat who had a favorite cushion she liked to sit on, and her two-legged had left a clothes hanger on it. The cat couldn’t get it off of that cushion. She needed help from her companion and caregiver. Sometimes you two-leggeds are a bit slow in figuring out what we are trying to tell you.

When you don’t get it, our only option is to yell at you until you understand. Our desires are quite simple, and it seems to me if you just observed our schedule and our habits, you might figure things out sooner.

Some cats like to function as caregivers to their two-legged companions. We know that you also have to eat, and we become concerned when you go too long between meals. Therefore, we might insist it’s time for you to eat, and we won’t relax until you do.

It’s a really nice behavior on the part of the cat to care about you as well as himself. Perhaps for the two ladies who wrote that their cats had a concern that they needed to eat do not realize how lucky they are to have such caring cats. 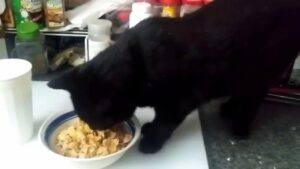 What about the cat who liked to steal food, but the dog always told on her? The cat figured out a solution. He’d knock some food down on the floor for the dog so that animal would not be a tattletale. A little bribe can be helpful.

In an earlier post, I mentioned electricity — something you cannot see, but which passes energy on to many things, so they will work as they should. I talked about the long cord with the strange-looking end. It has two prongs that push into two holes in the wall, and then the electricity works.

Well, when you bond with us, it’s like we are now connected up just like the wire connects to the magical thing inside the wall that creates energy. We now share our internal electrical energy with you.

Therefore, we know if you are not feeling well. We can sense it through your energy system, so when that is the case, we do what we can to help you get better. Sometimes it just involves staying close to you and blanketing you with our healing purr. Often the purr when bestowed generously will help you regain health.

Cats can observe and understand many things. Your cat will know when you stay up too late. He will do what he can to convince you that it is time to go to bed.

Listen to the cat! He has your best interest at heart. 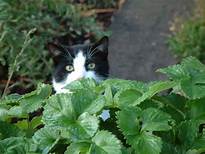 of the cat who loved being petted, so the cat would go to her two-legged and stroke her arm or hand with his paw to share the tender gesture, until her companion returned the strokes.

What better way to ask for something than to give it first? It’s a way of passing the love back and forth between us.

My CCL has a chair next to hers at the computer, so we can sit there if we want. My cousin, Pogo, also likes to be petted, and often when he sits on the chair and CCL is working, Pogo will tap her arm with his paw a few times. She will stop and stroke and scratch him for a minute, and he will be pleased.

One lady said her cat once stuffed the bath mat into the litter box. Well, that litter box would have made a good cat home, because it was a big, enclosed cabinet with a large opening for an entrance in front.

Maybe the cat felt that the box would make a nice sleeping spot if it had something in it besides sand. That bath mat would be a good piece of equipment to start the nest-building process. With it spread across the dirt, it supplied a good sleeping surface.

It’s really pretty simple to understand us, because our routine never wavers and we are simple creatures. You are the ones who are complicated! You think you have a problem understanding us? Try looking at it from our perspective — often you two-leggeds baffle us completely because we can see no good reason for your actions.

Nevertheless, we do our best to understand. We also do our best to communicate, but to date there has not been a cat dictionary compiled that could help you to understand us better. We try to teach you, and eventually, some of you learn. If you don’t, you just say in a mystified tone, “Well, that’s a cat for you!”

7 thoughts on “Cat Behavior Explained From A Feline Perspective”