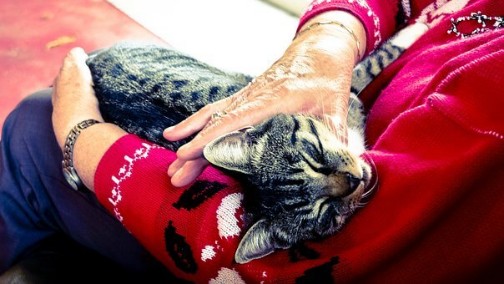 Are you one of those people who think cats are too independent to be friendly and social? If so, maybe it is not the cat — maybe it is you. A new scientific study shows us evidence that they are not as aloof as they seem. So, read this post and then answer the question, “Are cats social animals?”

Though this new study shows that “cats skew toward independency,” these Oregon state researchers found that many pet and shelter cats are pretty eager to interact with humans. Their strongest reactions are toward those people who interact with the cat and who are looking for kitty caresses.

The researcher, Kristyn R. Vitali, is a post-doctoral scholar in animal behavior and the lead author of the paper, which was published in the journal, Behavioral Processes.

She had found in previous research that often cats will choose to interact with humans over food or toys.

However, it is still somewhat of a novel idea to believe that cats are attuned to our behavior and responsive to it. Despite the popularity of cats as pets, there has been little research done on their social relations with people.

Another researcher, Mikel Delgado, a postdoctoral fellow who studies cat behavior at the University of California Davis College of Veterinary Medicine, says, “It’s a cool study, and it does show that when we are attentive toward cats, they are interested.”

The team performed two experiments. The first was with 46 cats, half from an animal shelter and half at the cats’ own homes.

Each cat was placed in a room with a stranger who sat on the floor for two minutes. During that time, the stranger pretty much 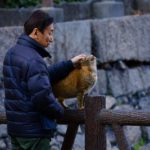 ignored the cat. For the next two minutes, the person called the animal by name and petted it freely when it approached.

The second experiment involved only pet cats. These animals went through the same two cycles with their owners, rather than with a stranger. On the average, the cats spent much more time near the human when it was being showered with affection, according to researcher Vitale.

Delgado notes that the “cat-directed” design of the study is a good one. Previous research has suggested cats are usually more into interactions when it is something they instigate.

Delgado explains that even in the attentive phase, the cat has a lot of control. “That’s what they like — the ability to leave.” It is not that they are aloof — it’s just that they want the choice.”

The shelter cats in the study spent more time interacting with the inattentive person than did the pet cats. Vitale notes that this behavior could be a reflection of the fact that the felines from the shelter needed more attention. Also, because of their living conditions, they were probably more accustomed to unfamiliar people.

John Bradshaw, University of Bristol biologist and a long-time student of cat behavior, offers a comment. He says we should not read too much into the difference between the two groups, because the cats are territorial. 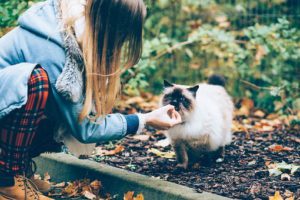 The pets were the only cats tested in familiar surroundings. If they know the place they are in, they will behave differently than they will if they are outside their own territory.

Bradshaw said the study pointed out that cats are quite like us at the individual level. Some of them are aloof, but others are very friendly.

Therefore, it appears it is worth making the first move, even if the cat seems detached. Offer attention and love to your cat, and you can help make him more social toward you.

Kristyn Vitale does not believe that cats are just solitary, aloof predators. She teaches cats to play together in a “socialization” class. She teaches people to train their young kittens to sit, stand, and perform tricks.

Vitale did a study of cats’ tastes. The cats were given choices of foods, toys, scents, and human interaction.

This study included 55 cats — a mix of shelter animals and pets.

The cats had not eaten for 2 1/2 hours. Fully one-half of these animals preferred to socialize with people. This included the shelter 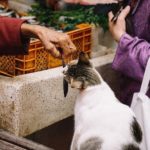 cats, who did not have a relationship with their tester.

How interesting! Some of the cats in the study were more motivated by food to cooperate. Others were more responsive to petting.

In conclusion, if you want your cat to be social, reach out to it. Give it pets and attention and some interactive play. The cat will learn to show its social side.

6 thoughts on “Are Cats Social Animals?”